I have long distrusted an audiovisual approach to learning and education. Maybe it stems from watching “movies” in the classroom when I was growing up. A movie was many times a filler for a teacher and provided them some relief from having to teach a class. Often less proficient students popped up and exhibited ability at threading the machine and running it.

And then there was the cover of darkness as the lights were turned out.

Or it may be the many documentaries and movies I have seen that seemed to distort more than inform.

Neil Postman pointed out years ago the sheer number of words available in a newscast is dwarfed by those available in stories in newspapers (still true I think when applied to written news stories online).

Despite this innate skepticism of mine, I am impressed with Diarmaid MacCulloch’s BBC 4 series “A History of Christianity.”

It is a interesting companion to his History of Christianity: The First Three Thousand Years which I am reading.

What I like about the documentary is its cleverness in utilizing beautifully shot scenes of historical places. The makers of this series draw the viewer in to what it’s like right now in these places and use the faces of people in them.

Happily MacCulloch makes an arresting, amusing and informative on-camera narrator. I suspect this might have something to do with the fact that he currently is Professor of the History of the Church at Oxford. 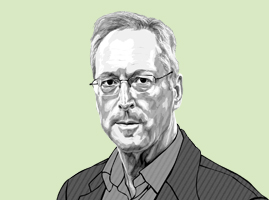 The series shoots scenes at his childhood parish where he father was the rector. We also gently learn that the Anglican tradition is the one near his heart, that he identifies himself as a “friend of Christianity,” and is a gay man.

He doesn’t put in the film (I don’t believe) that he declined ordination due to the church’s stand on his sexuality.

I highly recommend both the series and the book. We checked the DVDs out of our local library and managed to watch all six in two weeks.

I love this. I tried to figure out all the armed conflicts in the late 90s via clippings from newspapers. I kept a little 3×5 file of them. Then came the internet and my head exploded. This list is one to turn to when trying to understand world news. Thank you to Anthony Wesley for posting it on Facebooger.

Still putting people in prison for speaking truth to power.

I am fascinated with the history of Presidential libraries. A lot of it is tucked into this article.