I mentioned here recently that playing Bach at the organ had helped my mood. Yesterday my mood plunged into melancholy. If this is depression, maybe it’s lack of apparent cause in my daily life is an indicator. At any rate, I see my shrink for the first time on Monday. Maybe she will have some ideas.

I once again turned to my beloved music for solace. However, this time it didn’t work. Instead I was reminded of my inadequacies as a  musician. Nice. I am, of course, my own worst critic. But even in my organ practice yesterday, each stumble seemed to mock my life long pursuit of skill. 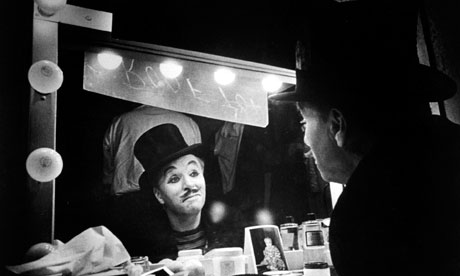 Sometimes you ear the bar, sometimes the bar eats you.

It was hard for me not to see my evening martini and wine as self medication. My mood was so morose.

I could point to stuff at church as at the very least not helping. Today I have another wedding with the curate. Not only is there no congregational singing planned, one of the curates assured me in an email that she and her husband support the bride and groom in their decision to have no hymns. Discouraging to this old church musician.

Frustratingly it may be the right decision. Maybe this will be a small wedding. Small groups of non church people are difficult to inspire to sing together in worship, that’s for sure.

Again, this blue feeling may be related to simple burnout.

This morning I am less blue. I finished a chapter in Alex Ross’s Listen to This that I purchased on Thursday. He seems to be addressing some of the same ideas that Ben Lerner was dancing around in his recent short story in The New Yorker, “The Polish Rider.” Ross begins his book thinking about what it means to write about music.

Also, there is an epigraph from Beckett’s novel,  Molloy, which I continue to read. Nice serendipity.

I follow with my eyes the proud and futile wake. Which, as it bears me from no fatherland away, bears me onward to no shipwreck. In the first chapter which is also entitled, “Listen to This,” Ross outlines his own connection to music. Until the age of twenty he had listened to only classical music. He was passionate about it and even entertained being a composer. But then he began to discover other musics. It’s an interesting story.

He mentions being influenced by Bernstein and sent me back to The Infinite Variety of Music.

Which brings me back to my feelings of inadequacy. I have never fit in to many musical crowds. In my rock and roll youth, I was the weird keyboard player who might have understood music a bit better than the rest of the band but was definitely a bit of a reclusive nerd who not only liked the Doors but also liked Bach and read poetry. By the time I got to college I was older than most of the other music students and much less skilled. I tried to catch up in skill as quick as possible. Many times it feels to me like I never managed to do this but I keep practicing and improving even at the age of 64.  Also, in the academic setting I was the weird one who was not only interested in Bach but the Doors. So you can see why I like Alex Ross because he has no problem moving from Bach to the Doors and knows a ton of stuff about all kinds of music. As we were watching Democracy Now last night, I asked Eileen, “Is it me, or is all the news depressing?” This article is disturbing in that it points out that now Democrats can heave a sigh of relief and go back to being the party they have been for the last thirty years.

A diplomat tells the sad truth.

The Olive Brings Solidarity and Peace Once Again

Commemorating the Reformation for the 500th Time | Reformed Worship

My friend, Peter Kurdziel, thought I might like this article. I haven’t been able to bring myself to read what a Reformed dude thinks about his Lutheran heritage yet but I may.