So my web site was not coming up this morning.

Neither was Bluhost (my server).

Okey dokey, I thought, I’ll just use a FB note as a substitute.

FB is a heckuvalot clunkier. It apparently doesn’t allow links, so I guess I couldn’t do my usual list at the end of a blog.

Fortunately I kept checking back and it did come up eventually.

I began my morning thinking about Ed Friedman…. My brother Mark asked me if I had any of the tapes of the lectures he and I heard by Friedman. I couldn’t find them. But I have been thinking of re-reading Friedman, anyway.

He was a huge influence on me.

From this morning’s reading.

“When anxiety reaches certain thresholds, ‘reasonableness and honest’ no longer defend against illusion, and then even the most learned ideas can begin to function as superstition.”

[SBJ note: Superstition can be thought of as the disconnection between cause and effect]

Friedman is mostly about encouraging people to keep their own sense of differentiation in the face of other people’s anxieties and emotions.

It’s a ‘failure of nerve’ in his view to ignore how a situation adapts constantly towards the members who are weak and ignores those trending toward visionary, energetic, imaginative, and motivated behavior.  I see this each time a group attempts consensus when someone in the group is not quite on the same page and brings process to a halt.

It’s a ‘failure of nerve’ when a leader relies more on expertise than his or her own capacity to be decisive.

It’s a ‘failure  of nerve’ when in the face of emotional process we become obsessed with data and technique.  This is a kind of denial or looking in the wrong place for something. Emotional processing is pattern oriented. But this pattern is often denied or not factored into empirical  considerations of information and a bad pattern continues to repeat itself despite new information and new techniques in a baffling way.

It’s a ‘failure of nerve’ to “assume that toxic forces can be regulated through reasonableness, love, insight, role-modeling, inculcation of values and striving for consensus.

But it does bring to mind the movie Eileen and I saw yesterday.

Although Hoover (in this movie) commits a lot of Friedman errors and is an extremely flawed character, I saw the movie more as a love story than a history of a monster. 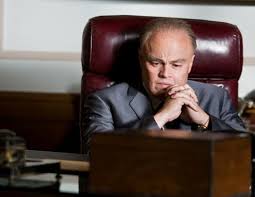 Di Capprio gives a stellar performance (looking eerily like Jack Nicholson at times). His make-up to portray the character at various ages works.  Other actors are not quite as believable especially as old people.

I have to stop because I started late due to stupid stupid server failure.

Amanda Fucking Palmer (as she calls herself on twitter) is Neil Gaiman’s wife. who knew?

So It Went: A New Biography of Kurt Vonnegut Is a Portrait of an Artist who Cultivated a Scruffy Image | The New York Observer

This guy seems to totally not get Vonnegut. Wonder if the bio he is reviewing talks about Vonnegut raising his nieces and nephews after a death in the family.

I think we never know how we will respond in a crisis until we are actually tested.

More poetry in the news. Hopefully these people will not be killed.

Kindle Fire: An open letter to Jeff Bezos • The Register

Well this article really cooled my ardor for Kindle Fire. The writer returns his Kindle Fire to Best Buy because he can’t use his Google Log on. Sheesh.

Here are some articles I have bookmarked to read.

I Was Wrong, and So Are You – Magazine – The Atlantic

4 thoughts on “failure of nerve & a love story”