I was amused to discover the word, “steven,” has some meanings I did not know about.

In his poem, “The Book of the Duchess,” Chaucer suffers from insomnia at the beginning the story. He turns to a book to read. Inspired by the story in which a god makes one of the characters fall asleep, Chaucer sleeps and dreams a wonderful dream which begins with the singing of birds on his roof. Beginning at line 290 of the poem, he describes the music of the birds at length in beautiful poetry (link to poem online).  Lines 305 – 308:

Som high, and al of oon acord.
To telle shortly, att oo word,
Was never herd so swete a steven
But hyt had be a thyng of heven —

Some high and all of one accord
to tell shortly, at one word
was never heard so sweet a STEVEN
But it had been a thing of heaven.

This sent me to my OED to discover that my name means sound and even at times the sound of music. How cool is that? Marcia Coyle mentioned that the Supreme Court decision on same sex marriage was not only readable but worth reading. I still haven’t made all the way through, but I’m surprised how right she is so far. 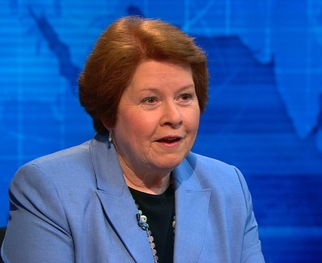 I like this picture. I seduced me into clicking on the above link and learning some shit.

John Roberts, the Umpire in Chief – The New York Times

Some interesting analysis prior to this week’s final rulings. Some good comments in the comment section (I usually click on the NYT picks to narrow it down a bit when I read the comments).

This obit sent me scurrying to listen to Dr. John’s first album on Spotify.

The many ways the right wing can continue to attack the ACA.

This was my favorite anti same sex meme on Facebooger. Interesting article in the Atlantic on the compiling of stats of Facebooger behavior.

The Terror – The New York Times

I have been spotifying these albums. I mention it because I am finding myself falling more and more out of love with current popular music I run across. I like the Alabama Shakes and Bjork (who made the list). I was listening to NPR in the dark in the morning recently before getting up and was appalled at what music is being reviewed. It’s driving me deeper into classical music. Bartok, Beethoven, Vaughan Williams, Froberger, Frescobaldi. Fuck the duck.

My Murdered Cousin Had a Name – The New York Times

A little heartbreak of a column by Charles Blow.

How Television Won the Internet – The New York Times

I don’t think this author gets it quite right (see the comments for some serious shredding of his arguments). But I like this sentence: “Television is colonizing the Internet.”