After a couple hours of practicing organ yesterday, I found myself unusually fatigued. It was then that I realized that I had spent my energy on other things before getting to the console. First of all, Eileen and I went to the Farmers Market. Then, I worked on gathering information to submit reimbursement requests to the church for purchases I made earlier in the year (used organ music and multiple copies of a book on aging and singing for the choir). This took quite a while.

Then I ended up meeting with my boss for a while as we usually do. This last task is a pleasure for me since I enjoy chatting with her.

I curtailed my rehearsal realizing that I needed to go grocery shopping, see my Mom and exercise. I like to think about having an energy pie. 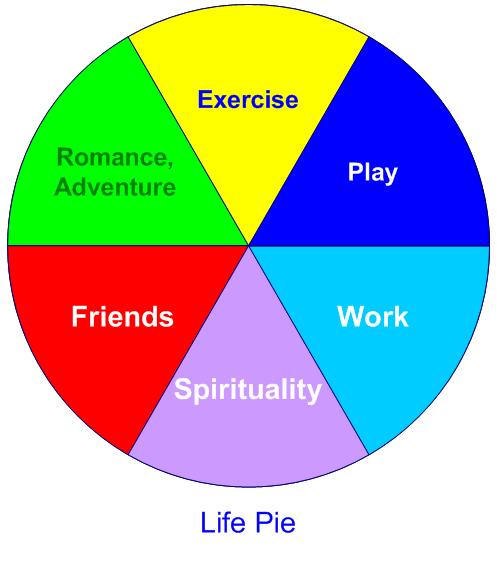 I’m afraid my energy pie is shrinking as I age. All I have to do is take note and adjust accordingly. Easier said than done sometimes.

During the course of my conversation with Jen she updated me on the condition of one of our parishioners, Joy Huttar. Since Joy’s family has made Joy’s condition public, I think it’s okay for me to talk about it here a bit.

Joy was the organist before me at Grace. I met her and her husband, Chuck,  in 1987 when we moved here.

They graciously invited Eileen and me into their home, introduced me to faculty at Hope and were very welcoming. This was particularly gracious since I was working for the Roman Catholics at the time, who had imported me and my family to Holland from grad school.

They even invited me to play in their recorder ensemble.

I attended once and quickly understood that their approach to their rehearsals was a bit haphazard, playing music much more difficult than they could manage and not doing that very well.

At the same time I became a bit more acquainted with Joy and conceived a deep respect for her work at the organ. She seems to have taken it up seriously in middle age. She studied with Roger Davis (whom she and Chuck made sure I met at that meal at their home).

He was kind of a dink, but I quickly came to admire Joy. This last Sunday evening, Joy was gardening with her husband, Chuck, when she said to him, “Something is  happening to me,” and collapsed. He quickly called 911. She had had a massive stroke and rapidly declined for 24  hours.

Her family was notified and gathered around her. Since then she has plateaued and is no worse or better.

Jen and I agreed that there was no predicting this kind of situation.

Joy has made it clear that she wanted Rhosymedre by Vaughan Williams performed at her funeral. Whenever she told me about it, I pointed out that she was assuming she would die before me. Things don’t always work out that way.

However, upon learning about her situation  on Monday, I began including the Vaughan Williams in my daily rehearsal in case I am called upon to be the organist at Joy’s funeral.

This all reminds me of an incident in my youth. I have a vivid picture of a woman from my church who had picked up a young girl to take her to our church. The woman I remember in a very fifties way, with a fancy hairdo and far too much make up.

The young girl was a friend of mine named Sharon.

They told the story of how the woman allowed the young girl out of the car to cross the street presumably to get to her home after church. A car hit her. She was tossed many many feet in the air.

This is how I remember being told about the story.

Sharon ended up in a coma. Her coma persisted even though she recovered enough to be sent home and cared for her by her family.

I have a picture in my of visiting the family and Sharon. She was almost conscious and could be fed but not exactly have a conversation.

She is probably still in this state if she is alive.

I wrote a bad Joycean type short story about her I called “Dreams in the Hands of Demons.” I imagined her interior stream of consciousness and had her end up terrified at being alone.

3 thoughts on “energy pie, a friend’s stroke and dreams in the hands of demons”