I admit it. I skipped my morning reading and tried to find out results from yesterday’s election. I made a cheat sheet to take with me so I remember my choices. I used it to record who won and who lost. I have changed my voting patterns. In 2000 I voted for Nader. I felt that the GW Bush presidency was a disaster for the country.  I don’t really blame him particularly because I don’t think that one person has all that much control. But our country’s actions during his administration were very different (I like to think) than they would have been under a Gore administration. I just couldn’t bring myself to vote for the highly reactionary Joe Liebermann who was second on that ticket. 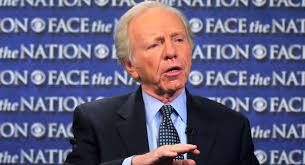 I learned my lesson. I held my nose and voted for Obama. I guess I’m glad he won but I still believe that Tom Wolfe has it partly right when he describes the government as being like a train on tracks with the parties on either side screaming at it to change its direction, but it just keeps on pretty much in the same way.

He says presidents are pretty inconsequential except for their war powers. 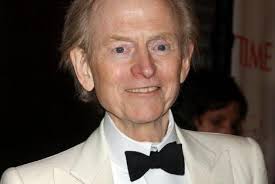 Not sure if I totally agree with that. It is complex, that is for for sure.

I’m relieved that the “take no prisoners” approach the Republicans seem to have been pursuing at least failed at the Presidential level.

I think intransigence leads to worse government. Not that I think people should surrender their values.  I just think that governing is important and to declare that the most important thing about government is to immediately began working against a second term for the elected president seems to me to be wrong-headed if not cynical. Glad it didn’t work. 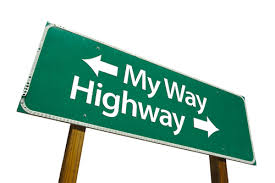 Also glad to see Pete Hoekstra not get elected. I believe that he did damage in the house. I think he is an old style Republican unlike Huizenga (who also got relected as our local Congressional Rep) and Dykstra (the current mayor of Holland). Old style Republicans seem very reductive. They play on the Tea Party. I have tweeted back and forth with Huizenga. He seems very convinced about his ideas. But I don’t get the “take no prisoners” thing from him or Dykstra.

Anyway, glad this is all over.

FWIW here are two bulletin articles I submitted yesterday. They relate to some of my musings on my blog. Haven’t heard from the boss whether she will publish them as is or wants changes. One is for this week and one for next.

Why sing psalms? A psalm is a song. The Oxford English Dictionary defines “psalm” this way: “ Any of the sacred songs contained in the Book of Psalms in the Old Testament and Hebrew Scriptures.”
The Performance Notes section in the Hymnal 1982: Service Music volume says
“Biblical song has been part of the Christian liturgy from very early times. Continuing a tradition familiar from Jewish worship, the sing of psalms and biblical canticles became a regular feature both of the Eucharist and of the daily office.”
Today we begin singing psalms in our worship using one of nine Simplified Anglican Chants found in the Hymnal 1982 at S 408- S 416.  Concerning how to sing chant setting the Performance Notes mentioned above says:
“When singing Anglican chant settings of canticles and psalms, particular care should be taken to make sure that the rhythm, sense, and mood of the words govern the tempo dynamics, and style of the singing.”
“Good chanting is good singing. Chant is a musical medium for the clear and expressive singing of liturgical texts. Word accents create the rhythm in chant … if singers read the text in an expressive but not exaggerated manner, and then sing the words to the chant with the same rhythmic flow, they will discover how chant can unify the Christian community’s singing of liturgical texts.”
This means we sing the psalms very much the way we have been reading them together, unhurried and carefully, realizing the meaning of what we are saying together.  Chanting has been described has heightened prayer. By singing, we take our words one step further away from their ordinary use and deepen their meaning  as we pray them.
Steve Jenkins, Music Director

What’s a prelude and postlude for? This is not as easy a question as it used to be. The beginning of Eucharist is sometimes thought to extend all the way back to when we wake on Sunday morning in our separate homes. We rise and begin to prepare to come together to celebrate Eucharist as Christians have for centuries. This gathering is the beginning of our prayer. It continues as we dress and jump in the car and arrive in the parking lot. We greet each other as we see each other. We are gradually becoming a praying assembly. I see the musical prelude as a pointer that functions much like the other fine arts we use around our prayer. I choose music that connects to the celebration in a specific way if possible. It might be a variation on a hymn tune whose text amplifies and enhances our understanding of the day’s feast and readings. Or it might be a piece by a composer or in the style of other music of the day. After we say hello to others and begin to settle in to pray together, the prelude can help bring us into an awareness of who we will pray together on a given Sunday. The postlude is a bit different. I usually think of it as sort of a glorious reminder that God is in the heavens and now we do indeed go forth to love and serve the lord. So music to come in by and music to leave by, but music chosen carefully and prepared thoroughly to help make our prayer as authentically excellent as we can.
Steve Jenkins, Music Director