I was laying in bed early this morning thinking about Dylan Thomas’s recording, “An Evening with Dylan Thomas.” This record probably strongly influenced my love of Dylan Thomas especially as a young man. I still have the vinyl somewhere but couldn’t lay my hands on it after I got up. I do however have the complete Caedmon recordings of Dylan Thomas on CD which includes this record on CD.

Before coffee this morning, I transferred that recording to my laptop and began listening to it. I have read most of the poetry of Thomas Hardy. This is probably because Dylan Thomas reads a poem by Hardy on this record.

Yesterday was my Mom’s 88th birthday. Eileen joined me for an early trip to the grocery store. We picked up some stuff to help Mom with her birthday celebration including a ridiculous Turkey cupcake cake.

Then we joined her for lunch at her nursing home.

I ended up making a little album of pics from all this and putting it on Facebooger. I know that some of my readers (assuming anyone at all is reading, ahem), don’t do Facebooger so I put a couple up here for them.

I took the silly cake around to all the people in Mom’s small cafeteria (about 20 people). After our lunch, I offered each person a cup cake. In order to make the silly thing, the cooks at Meijer dumped so much frosting on it that it leaked down in huge amounts  in between some of the cupcakes. One person pointed to a huge lump of chocolate frosting and asked to have that. She was very tickled when I put it on her plate.

Mom is doing better but she is still not fully herself. At this stage of the game I always wonder how much she will come back from confusion. I always think “quality of life.” Yesterday, she insisted that she only wanted Amish novels to read. This is slightly problematic since she has read most of the large prints one at the library. I went and picked out four that she at least only read once.

The fact that she has started reading again is a good sign. 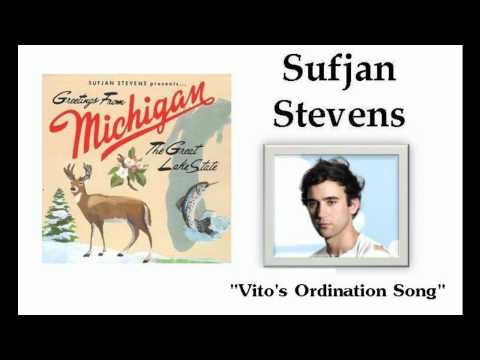 I ran into Jodi and Christian our curates at church yesterday as I was doing my weekly Saturday prep for Sunday.  They took me up on my recent offer to transcribe and arrange Sufjan Steven’s song, “Vito’s Ordination,” for their ordination. It will be pretty easy, but it will take a bit of work. My goal is to have a working score for the choir to get started on by this Wednesday.

About time this happened.

Sculptor Offers Another Clue in 24-Year-Old Mystery at C.I.A. – NYTimes.com

Had to pass this link on to my puzzle loving wife.

Most Heavy Drinkers Are Not Alcoholics – NYTimes.com

I’ve been a heavy drinker most of my life (again probably thanks to romanticizing about Dylan Thomas). But I’ve been confused about addiction and alcoholism. This article helped clarify it for me. I think it influenced me to not buy gin or wine yesterday and try and lose some weight. The relationship between these two for me is that when i have a martini or glasses of wine in the evening, I inevitably always snack….. ahem.

Also reading George Orwell’s 1984 in public is frowned on.

I love it that while Krugman thinks Obama’s recent immigrant stuff doesn’t go far enough, his reason includes the fact that it’s the “right thing to do.” I miss that reason a lot because most of the discussion centers on economy and laws.

This stuff basically makes me crazy.

How Medical Care Is Being Corrupted – NYTimes.com

Wow. I didn’t know a lot of the stuff in this report. Like incentives to prescribe certain meds.

The Case for Black With a Capital B – NYTimes.com

I love it when people think about language like this.