I am dragging this morning. I have had a full week so far. Tuesday just before Eileen and I left for the concert (see yesterday’s blog), my daughter Elizabeth called to tell us she and her long time partner the lovely Jeremy Daum had gone out and gotten married that day. 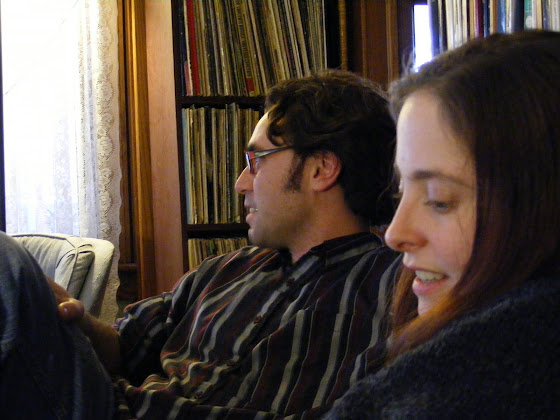 My daughter Sarah upbraided me for not blogging about this yesterday.

So here’s a bit on that.

I have always respected the way my daughters have handled their relationships. At a certain point this has to become a person’s own responsibility. In both cases, my daughters currently have partners who are delightful people to whom they both seem committed and who are committed to them. That’s quite an accomplishment. Many people who marry never come close to this wonderful experience.

A few in my extended family and in-laws have had a bit of trouble with the way my daughters have chosen to live. I, on the other hand, am totally proud of them. I have gently indicated to those who disapprove of Sarah and Elizabeth how much I approve and love them.

Elizabeth and Jeremy have been together for around ten years. The turning point in their relationship as described on the phone ten years ago by Elizabeth was that she had discerned she was in love with Jeremy. I think they got married now because it was the sensible thing to do and was probably largely influence by the quagmire that awaits any American who wants to reside permanently in China.

Gay people know only too well the roadblocks unmarried couples can run into in ERs and insurance. This is also solved by just getting married. Unfortunately gay men and women don’t always have that option.

I would love to somehow show my love and approval of Elizabeth and Jeremy through a gift, but they have asked their family and friends not to give them more stuff especially as they shedding so much in preparation for moving to Beijing.

Instead they have charmingly asked people to do what they did and photograph themselves eating cake in honor of the occasion. So that’s what we’ll do.

Theirs is the first marriage I have heard of with its own FAQ.