Thanks to “David & Paul” for emailing me a link to this man’s photographs and art.  The artist is Liu Bolin. The photo above is called “Hiding in the city No. 63-Gray’s Opening Ceremony 2008.” The web site is a collection of photographs and art by Bolin. In many of them he is  standing ill or well disguised into a background. The mood of these shots and the one above in particular is one with which I can identify. I see them as quietly humorous but also dark in their implication of invisibility.

I think about invisibility from time to time.

I think one of the things I like about playing for ballet class is the fact that the music I improvise is a very small but real part of what is happening. I say this but yesterday I had an embarrassing moment.  The “Bar Stretch” exercise requires a long slow steady piece of improvised music. It is important that this music be gentle and relaxing. Last week I did a slow country waltz. But yesterday I lost myself in a improvisation during this time. It’s hard to describe improv, but I developed a slow jazzy theme and then played that with my left hand and added quicker lines with my right hand.

When I came up for air one at the end of the young dancers remarked that what I had just done was beautiful. I thanked her but was totally embarrassed.  I think that my personality is such that I am comfortable with the vulnerability of improvisation and music in general. But I can easily be shocked back into realizing how naked this makes me and how much of myself  I put into such silly little things like improvisations.

Still I do like being a little visible. It seems to be part of the animal of music. That it is perceived.

I continue reading in Niebur’s Leaves from the Notebooks of a Tamed Cynic for some reason.

Speaking of his criticism of preachers at revival meetings, in his 1924 Notebook entry he says this:

“If you don’t simplify issues you can’t arouse emotional crises. It’s the melodrama that captivates the crowd. Sober history is seldom melodramatic. God and the devil may be in conflict on the scene of life and history, but a victory follows every defeat and some kind of defeat every victory. The representatives of God are seldom divine and the minions of Satan are never quite diabolical.” 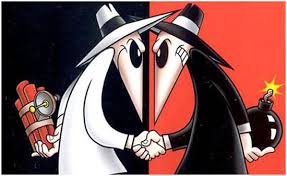 Writing between the wars in America and living in Detroit as a young evangelical pastor, his words seem prophetic of and salient to today.  Of course now in America we often only say “drama” to describe overreaction. And we also demonize the “other” very quickly seldom recalling that our reaction is often a mirror of our own failings and that those around us are “seldom divine” and “never quite diabolical.”

“…[T]he real clue to the tameness of a preacher is the difficulty one finds in telling unpleasant truths to people whom one has learned to love.

To speak the truth in love is difficult, and sometimes an almost impossible achievement. If you speak the truth unqualifiedly, that is usually because your ire has been aroused or because you have no personal attachment to the object of your strictures. Once personal contact is established you are very prone to temper your wind to the shorn sheep. It is certainly difficult to be human and honest at the same time.

I recognize myself in this quote.

Mostly how I have sometimes used the truth because I was angry. Not proud of that. I try not to do it.