Eileen, who is in Beijing right now, and I are communicating by text. Yesterday she told me she read my blog and that it was something she didn’t often do since I tended to keep her informed of my thoughts in person. She said she found it “a good way to see what’s going on with” me. Oh dear. Now all the people in my life are accessing me this way (when they do access me). It occurs to me that I could easily be a computer program pouring out plausible prose describing the thoughts, ideas, and activities of jupe.

Anyway, yesterday I learned that it might not always be a good idea to treadmill before lunch. I had my biweekly meeting with Dr. Birky, my talk shrink. As I have said here before, I enjoy chatting with him. Then I drove home and treadmilled. I managed to do a little practicing at that point.

Tomorrow I will be playing two piano pieces by Dvořák. It is stretching me a bit to them so quickly. Ironically, the one piece that we added on Thursday for the prelude has fallen together a bit easier than the one I have been planning as a postlude all along. I should add something here about not worrying about people actually hearing my playing. It’s hard not to frame that without sounding like I’m feeling sorry for myself, but that’s not exactly how I experience it. When it’s obvious that few people are paying attention to the beauty I am trying to create, I try to draw closer to the beauty and not focus on the distraction.

I will probably play both pieces under tempo. I learned to do this from Bob Hobby who once told me that he was playing a piece in public for the first time as a prelude or postlude and that I could be sure he would play under tempo in order not to stumble. I combine this with some self serving understanding that I often like a slower tempo anyway.

I dropped by church and said hi to Martin. Then I went to my Mom’s. I was planning to say hi to her, then grocery shop, come home and spend some serious time with Dvořák. Unfortunately, as I was walking into my Mom’s nursing home, I recalled that her new phone modem was waiting for me at the front desk. I picked it up and went to her room. I then spent the rest of the afternoon attempting to get it to work. I couldn’t see how to hook it up so I called a service rep. He gave me the right number for assistance. I got cut off from first one then had to call back and wade through the robotic phone tree and repeat all the initial information to a second rep. Finally, I told the rep that we were going to have stop and work on this another day. She happily agreed.

Today I will check to see if Mom’s phone is working yet. I haven’t decided what I will do if it’s not.

By the time I had finished grocery shopping it was well past my daily martin time. Despite that I did some practice on my piano pieces, but I was too tired to put in the kind of intense sessions I will today.

Today I’m planning to end the day with treadmilling not begin it in order not to tire myself out before putting in the time on piano.

The loss of imagination 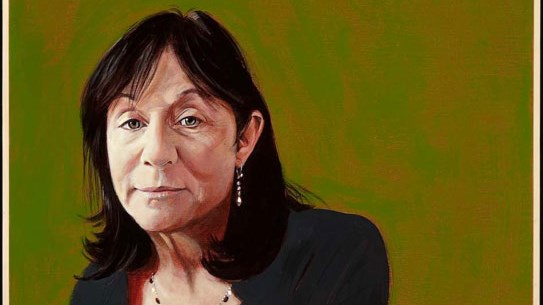 Jane Mayer,the brilliant journalist from Ohio and author of the book Dark Monday, was interviewed on today’s “On The Media” episode. She talked about some states no longer being a “fly over zone” and implored the embedding (my word) of journalists in Ohio, Kentucky, and West Virginia. “Come meet us” she said. It was moving how Gladstone extended the interview to allow this erudite New Yorker writer from the south to feel like she had defended her people. Honest passion was evident.
After all of that, it struck me that extremism in our time has lost the ability to imagine itself into other people’s lives. From England where I personally have had a whiff of the calcification of the class system (“People are what they seem”) to the world wide rejection of people in need to the insane climate in the USA right now. We call them refugees or Muslims or whatever and lose our ability to see ourselves in them and them in ourselves.

Literature and journalism are called in part to spark the kind of imagination that enables understanding and therefore connection between the reader and those not physically present. In other words, through news reports, novels and intelligent non-fiction we can “meet” the other, which inevitably is a step toward actually meeting them in person and listening to them.