I was listening to BBC this morning. Someone was interviewing the author Amy Bloom about her new book, “Where the God of Love Hangs Out.” She referred to herself as a “dark optimist.”

I don’t know her work, but I like the phrase quite a bit. She used it in response to the interviewer pointing out that her work seemed to be a bit pre-occupied with death and tragedy.

She intelligently responded that when her friends pointed out that there was a lot of stuff like “breast cancer” and death in her work, she wanted to know where they lived where there were not things like that in their lives. Along with falling in  love and tending children, she said, these things exist in our daily lives.

On another web site I found this:

“Bloom’s years in the therapist’s chair have influenced her writing by helping to shape her characters and themes.

“I have a dark kind of optimism,” she says. “To me, a happy ending might be that everyone is still alive, or that no one is rotting away with Alzheimer’s.” [link to site]

I might have to check out this author’s work.

Even though it is easy for me to see the dark sides of living, I seem to have a pretty unshakable belief in humanity. Yesterday someone asked me what I believed in…. what was my narrative (to use the lingo). I couldn’t think of a quick response other than I believe in what I do more than what I think.

I think I am evolving a skeptical attitude towards most believing. I have experienced this in the Christian church as more about the fears and needs of people than about any sort of sense of awareness of what is bigger than any of us.  I have rejected this idea of god and belief. But at the same time I do have a strong belief in the potentialities of people, the meaning of life lived,  and the reality of our time together as we seek to imperfectly care for each other and shake our own selfishness and myopic point of view. Desmond Tutu was interviewed on NPR this morning [link to program]. The interviewer asked whether he can still believe in people’s potential for good or something like that.

As chair of his country’s Truth and Reconciliation Commission, Tutu listened to accounts of political hatred and physical brutality that might shake anyone’s faith in humanity.

“Perhaps if one had listened only to the atrocities,” he demurs. “But we were constantly being bowled over by the extent to which people were ready and willing to forgive. But we had, obviously, the spectacular example of Nelson Mandela, who could come out of 27 years’ incarceration, so eager to be able to forgive.”

A decade and more after that faith-building experience, Tutu says his sense of his relationship to the divine is still evolving.

“I am learning to shut up more in the presence of God,” he says, laughing. One model of prayer, he acknowledges, is that “you have a kind of shopping list that you bring to God” — and even Desmond Tutu confesses that “I still do.”

But more and more for him, he says, communion with God is about “trying to grow, in just being there.”

“Like when you sit in front of a fire in winter — you are just there in front of the fire,” he says. “You don’t have to be smart or anything. The fire warms you.”

The fire warms you. I like that quite a bit. I think I claim atheism as a reaction to the simple stuff crammed down my throat for years. I remember deciding that what many people consider to be a “Christian” was exactly what I was not. Same thing with believing in God. I know that I have a firm belief in the other. I also think that living one’s life in order to receive a reward when you die seems medieval to me. Better to live fully and humanly as possible in the present. I suspect it’s all we get. But I honestly don’t know.

Warming myself in the presence of life and other people’s goodness or wonderful ideas or music or art is still something that has meaning for me. 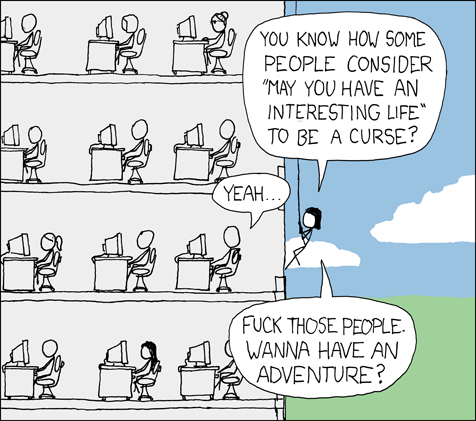