Reading in Baruda-Skoda’s Interpreting Bach at the Keyboard this morning, I ran across this quote from Quantz in a footnote:

“Dance music in the French Style, e.g. sarabandes, must be ‘layed seriously, with a heavy yet short and sharp bow-stroke, more detached than slurred. That which is delicate and singing is rarely found in it. Dotted notes are played heavily, but the notes following them briefly and sharply. Fast pieces must be executed in a gay, hopping, and springing manner with a very short bow stoke, always marked with an interior stress. In this fashion the dancers are continually inspired and encouraged to leap, and at the same time what they wish to represent is made comprehensible and tangible to the spectators; for dancing without music is like food in a painting.” 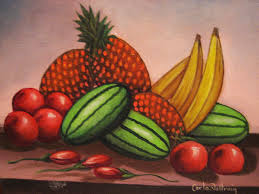 Interesting analogy since food in a painting while not real can still be very beautiful and interesting.

Eavesdropping on reaction to last week’s dance recital from dance teachers and students at Hope College was very surprising to me.  They were critical of the failure of the dance company to completely adapt to the small stage at Knickerbocker where they performed.  Also they felt like their dance was a bit on the “classical” side when they were expecting more Jazz and Modern style.

For my part, I felt like the performance outweighed these criticisms. Mostly because I was so impressed with the way the choreography fit with the music in detailed and beautiful ways.

But I did wonder about making a dance for a recording. They used recordings of Miles Davis & Steve Reich I recognized and other recordings I did not recognize.  The origin of the Davis recordings obviously have a debt to spontaneity and improv. But this aspect of the music is gone when it becomes a fixed recording. Even without actual improvisation, all live music has an element that is impossible to be captured in a recording.

The conductor/performer Sergiu Celibidache, whom my friend Mihai mentioned to me recently, was also sensitive to this distinction which is lost on so many listeners (and probably performers) these days.

“Celibidache’s approach to music-making is often described in terms of what he did not do instead of what he did. For example, much has been made of Celibidache’s “refusal” to make recordings even though almost all of his concert activity actually was recorded with many released posthumously by major labels such as EMI and Deutsche Grammophon with consent of his family.[2] Nevertheless, Celibidache did pay little attention to making these recordings, which he viewed merely as by-products of his orchestral concerts. 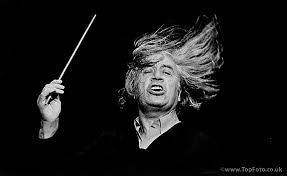 Celibidache’s focus was instead on creating, during each concert, the optimal conditions for what he called a “transcendent experience”. Aspects of Zen Buddhism, such as ichi-go ichi-e, were strongly influential on him. He believed that musical experiences were extremely unlikely to ensue when listening to recorded music, so he eschewed them. As a result, some of his concerts did provide audiences with exceptional and sometimes life-altering experiences, including, for example, a 1984 concert in Carnegie Hall by the Orchestra of the Curtis Institute that New York Times critic John Rockwell touted as the best of his twenty-five years of concert-going. [3]” 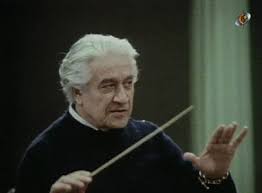 Using the Web Wisely in a Health Crisis – NYTimes.com

The usual wisdom from my heroine, Jane Brody.

Tuning Out the Noise (1 Letter) – NYTimes.com

This letter writer is an orchestral musician. I found his comments from this point of view very interesting.

Scots Rejected University Tuition Increase, but Not for Other Britons – NYTimes.com

So Scotland is attempting to charge the rest of the United Kingdom tuition while allowing Scots to attend for free. My daughter paid exorbitant fees to attend university in the UK while her British friends paid little or nothing. This has changed. Now they charge a bit more for the Brits. It will be interesting to see if Scotland gets away this. 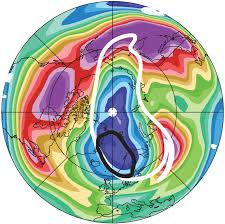 They don’t know why two great trees are down.

The Cronyism Behind a Pipeline for Crude – NYTimes.com

” …[I]nstead of listening to bright people like Mr. Hansen who know what they’re talking about, our government’s staffers are blowing kisses at lobbyists. That’s exactly why cronyism is such a problem. The people writing these e-mails don’t have expertise — they have connections. If this is happening in the State Department, why should we not assume it’s also going on in the Treasury Department’s dealings with the big banks, and just about everywhere else in government?”