I sort of redeem myself in my own eyes with my morning class at ballet dance camp yesterday. I was able to come up with improvs that were not so banal but at the same time provide the regular 32 measures of 4 measure phrases needed for the exercises.

My second class was canceled so I went and practiced organ and then came home and worked on scores for my upcoming gig. The process of preparing tunes for this gig is almost done. Whew. The biggest job left is adapting my instrumental piece, “Come Creator,” for the new ensemble.

I also am beginning to entertain the hope that the harpsichord will be in some sort of playing condition by Aug 5th as well. I am ready to begin serious work on the jacks soon.

The wedding was interesting for me. When I got there, the organ wouldn’t start up easily. And once after it was going it just shut down. I called the janitor to give him a heads up. He was on his way to the wedding anyway. After he arrived we couldn’t figure it out.  Anyway, thankfully it didn’t act up again.

I did something unusual for me which is to do the entire wedding on the organ. 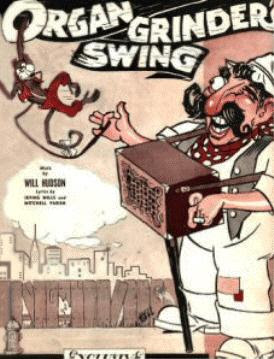 Usually I put some piano in the prelude with some lovely Mozart and Bach. But yesterday I had today’s prelude and postlude ready.  They are a bit lengthy and very pleasant to listen to (I think) so they fit the bill nicely for organ prelude music for a wedding.

They are “Fantasy on an Irish Ballad” and “Pastorale on Morning Has Broken,” both by Andrew Clarke.

I have worked on them for the past two weeks preparing them for this morning’s Eucharist at Grace.  They are happy little things with plenty of cool chords and tricky organ parts. I played them pretty well yesterday.

And apparently I was in a mood because freed up from the confines of the 32 measures of four measure phrases, I came up with some fun pre-service improvs. It was a good thing because as often happens we started late so the organist had to keep the music going.

The minister was a kindly old gentleman who forgot to turn on his mic so he was largely inaudible over the AC. The congregation was patient however and the energy remained very positive. I think that’s the goal. Good energy around the hopeful beginning of a marriage. I stopped off at the grocery store on the way home and picked up some plums and some other stuff to make a recipe that had caught my eye this week.

Ceviche is a seafood dish that does not involve cooking. The citrus in it “de-natures the proteins.” Interesting article about linked here. If you click on the pic you can link to the NYT recipe I used. As you can see I made home made salsa to go with it (fresh tomatoes, onions, cukes, roasted garlic, cilantro, pablano peppers, salt, and cayenne pepper). Served with sesame seed blue tortilla chips and beer. Mmmmm. The Ceviche didn’t appeal to Eileen so she made herself some egg salad. It was excellent, however. The scallops were very tender and melted in your mouth. The texture of plums and the taste of the tarragon and limes rounds off this dish nicely in my opinion.  Knowing that Eileen would not go for it, I made a half batch.