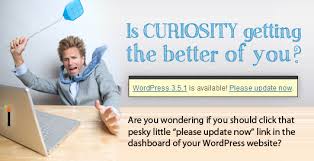 My interface for making blog posts appears entirely different this morning. I suspect my daughter Sarah updated my online software. It took many minutes to initially load, so if you’re reading this and patiently waited through a long load of the page, I thank you.

I don’t have too long this morning before I’m going to have to go to work. Back at it. I have been spending lots of time at the piano with Brahms. I think this is a result of learning the accompaniment to the first movement of his E minor cello sonata. I ordered my own copy of this piece along with the first three Bach violin sonatas to play with my piano trio people. Nice stuff.

I smiled when I read this in MacCulloch’s bio of Thomas Cranmer: speaking of the 12th century Welsh fantasist, Geoffrey of Monmouth, MacCulloch wryly comments that his “Arthurian fables” later meet “their nemesis in Walt Disney and Monty Python.”

MacCulloch lives and teaches in Oxford. There was a charming article in the NYT yesterday describing Oxford. I enjoyed reading it and remembering walking the streets there and even staying in a B and B. David Byrne is also rattling around in my head this morning. He described working up a dance show in his post Talking Heads phase. He put out the word he was looking for performers for his show which would involve “movement” deliberately avoiding the word dance in order not to give the impression that dancers would have to do “Broadway jazz dance.” I like that he comments that “I see dance as something anyone can do.”

Anyway I think the audition process was very cool.

They had fifty dancers to whittle down to three. Byrne weirdly remarks “Cruel, but well, fun too.”

One of the choreographers Byrne hired came up with this procedure: it consisted of four rules.

1. Improvise moving to the music and come up with an eight count phrase

2. When you find a phrase you like, repeat it over and over.

3. When you see someone else with a stronger phrase, copy it.

4.When everyone is doing the same phrase the exercise is over.

I like this so much I’m going to share it with Julie Powell a dance instructor at Hope I will probably see today.

Byrne writes what happens: “It was like watching evolution on fast-forward, or an emergent life form come into being. At first the room was chaos, writhing bodies everywhere. Then one could see that folks had chosen their phrases, and almost immediately one could see a pocket of dancers who had all adopted the same phrase… This pocket of copying began to expand, to go viral… within four minutes the whole room was filled with dancers moving in perfect unison.”

I can’t help but hear Byrne’s prose in the voice of the dry narration of the narrator of True Stories which he plays.

Then he goes on to describe this phenomenon.

“After this vigorous athletic experiment, the dancers rested while we compared notes. I noticed a weird and quite loud wind like sound, rushing and pulsing. I didn’t know what it was: it seemed to be coming from everywhere and nowhere. It was like no sound I had ever heard before. I realized it was the sound of fifty people catching their breath, breathing in and out, in an enclosed room. It then gradually faded away. For me that was part of the piece, too.”

6 thoughts on “cruel, but well, fun too”