In addition to everything else this past Saturday (see previous post), when I came home, Eileen was sorting old mail in the kitchen. As I came in the room, she discovered an old letter from the Secretary of the Stat of Michigan with forms for renewal of Mom’s license plate on her car. Mom’s plates expired on March 9, 2016 (Dad’s birthday). Uh ho.

I immediately ransacked the glove compartment looking for proof of insurance so that we could renew the plates today. Unfortunately, the only proof of insurance I could find had expired in July of last year. After some frantic searching both Saturday and Sunday it has become apparent that we have been driving Mom’s car without insurance for months and now the plates are expired. I guess that makes us criminals, eh? If you are a police officer and reading my blog, please do not come and arrest me. Today I will call Mom’s insurance broker and ascertain that we are, indeed, uninsured and then proceed to insure the car and get its plates renewed.

The Subaru is sitting at the car repair shop waiting for us to come and get (probably today) and take it to the junk yard. Eileen’s Mini sits in the garage (as it does every winter) temporarily suspended from insurance.

Yesterday’s service had some discouraging moments mostly concerning the bulletin. I noticed Saturday that despite my best intentions the words the choir sang by themselves to be sung during the outside procession (the verses in other words) were garbled. I instructed the office administrator to put the words under the response and indicate at the end of each line that there was a refrain. This she did. But instead of typing out the words, she cut and pasted them from the music. Thus as one does in music, every syllable is isolated and difficult to read on its own. Best laid plans, eh? 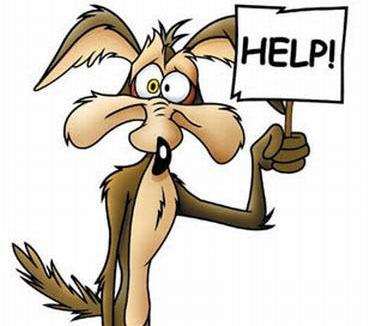 Also, the title of my postlude (Countrapunctus I from Bach’s Art of Fugue)  was not in the bulletin. I just checked and it was in the email in which I sent the music info for Palm Sunday. I found this disappointing. My cellist and I played through the first movement of Brahms’s cello sonata the theme of which he lifted directly from Bach. I was hoping she might possibly make a connection. Plus I am planning on learning more movements from this work and performing them at church. It would be nice if they were indicated in the dang bulletin.

On the other hand, the music went well yesterday. I thought the anthem was pretty  much spectacular. It was a John Ferguson treatment of “Ah Holy Jesus,” very dramatic and with a lovely viola solo throughout. As usual there were profs from Hope there and as usual they did not speak to me at all. Hey, it wasn’t perfect but it was pretty good. It baffles me that other musicians from Hope see no need to support me with an occasional indicator that they are noticing my work. I’m probably just over sensitive about this (especially on Sunday mornings).

Amazingly, my blood pressure reached a new low this morning (120/93). I feel goofy reporting that here, but I suspect that family readership would wonder if I didn’t give the figure when I refer to it.

This Republican writer doesn’t quite rise to accurately explaining Trump. She seems to think his followers are being very logical in supporting an outsider when in fact the movement seems more about style than substance.