I’m not much of a joiner. It’s painful for me to identify much less join a political party, a religious denomination, what have you. This may go back to my childhood roots as a preacher’s kid in the Church of God.

The Church of God my father and grandfather served in as ministers refused to call itself a denomination. Rather it said it was a “movement.”

I realize now that it takes a good deal of hubris to call your reformed movement the “Church of God.” And I even recall the moment in my early teens when I began to ask myself questions about what I was doing in a church building several times a week. Where had all of this come from, I wondered?

Recently in Holland Michigan where I live, there was a little squabble about whether the local reactionary Dutch Christian Reformed liberal arts college (where I now work, godhelpme) would host a national screenwriter. The problem was this guy had written the screenplay for the movie, “Harvey Milk,” based on the life story of a congressman in California who was openly gay, as was Dustin Lance Black, the screenwriter scheduled to talk to students at the college.

The discussion brought to the fore the fact that Hope itself discriminates against gay people in its policies. Hell, not only can you not be openly gay and work there, you have to sign a piece of paper that says you believe Jesus was the Son of God if you want to be a tenured professor there.

At the time, I decided that I would dedicate an organ recital to all of the local Gay/Lesbian/Bisexual/Transgendered people. I know several people some of whom are pretty young who have struggled locally because of their honesty about their sexuality. I just wanted to be counted as someone who supported them in the face of the local political structure (which actually won…. Black gave his talk off campus and of course it was more about us and our bigotry here than his experience as a screenplay writer).

More importantly my boss at church help found the local group, “Holland is Ready,” which according to its facebook page is is “a group of local leaders working for the safety, rights and inclusion of GLBT persons.”

They have meetings and circulate petitions. I haven’t actually joined this group. I have heard members sarcastically say they weren’t sure “Holland is ready” for it. I’m pretty sure they’re right. But I also believe in the basic idea of inclusion and the worth of each individual person.

More than that I think each person has a story which is unique and interesting and can probably teach something if understood well enough.

This probably makes me a soft headed liberal in the current warped parlance of US terminology. So be it.

Anyway this morning, “Holland is Ready” is throwing a PR get together blocks from my house for the Grand Rapid Press. The idea is to pose for a photograph of supporters of gay people in Holland to run with an article in the Grand Rapids newspaper. Gathering for a media event really rubs me the wrong way. Ever since reading Daniel Boorstin’s 1961 book The Image: a guide to pseudo-events in America, I have been keenly aware of how destructive and false things can be presented through the media. 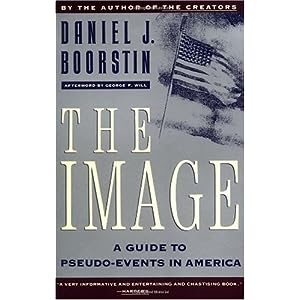 So I have been resisting the idea of going to this. Now I find myself making plans to reluctantly attend.  My sense that media events are more false than real has not diminished. But if there are two sides to this issue, the issue of people’s honest sexuality, please count me on the side of the marginalized.