Yesterday my day was filled with the funeral I played and getting my Mom out of the apartment. I kind of was confused about the music at the funeral. When the rector asked for pre-service music and then a prelude, I thought she was indicating that the family would be seated for the prelude (something she began doing a few funerals ago).

So when I arrived a half hour before I noticed that friends and family were already being seated. I usually test the waters a bit at funerals. The atmosphere was a bit tense yesterday at the beginning, so I sat down and played some Mozart starting with slow movements from the piano sonatas.

I think this music can be quite consoling in a very positive way.

At about ten to, I couldn’t find my rector to double check with. She of course was busy doing rector stuff. I figured I had about 8 minutes of the Bach Schubler chorales ready to go and about 3 minutes of a Bach chorale prelude for the prelude thereafter.

I sat down and played the Schubler chorales.

They actually didn’t go too bad. At least I thought they didn’t. I had a couple of shaky moments. The place was packed as I sort of expected. There seem to be a lot of local intelligentsia that stays a bit under the radar. I was glad I had played the Schubler chorales and was looking forward to finishing with the lovely Bach chorale prelude I had ready (“Wenn wir in hochsten Noten sein” from the Orgelbuchlein).

I noticed my boss and mentioned to her that I was done (I meant with the pre-service music). She  nodded and disappeared. I waited for the family to enter. Then I noticed that it looked like we were beginning the service. That is, skipping the prelude.

I grabbed and told her I had made a mistake and hadn’t finished the music yet. We quickly agreed it was inconsequential (the family hadn’t specifically requested this procedure or piece) and just went on.

I kept eyeing the gathered assembly wondering how they would sing the victorian hymn chosen by the family for the first hymn of the service (sung just before the gospel reading). The hymn was “Come, Labor On.” The tune was by the American early 20th century organist, T. Tertius Noble. I had his varied hymn accompaniment handy in case the group started singing lustily.

Which they instantly did. Suddenly I was trying to lead a packed house with my itty bitty pipe organ. Fortunately my old teacher, Ray Ferguson, had taught me what to do in such a case. This involves switching the music up an octave and getting clever with adding 16 foot stops. This worked nicely and I finished with the varied hymn accompaniment. I thought it was a well done moment in the service.

Funerals are always hard. This man, Jack Wilson, was someone I and my father exercised with at the  local Parkinson’s exercise group (which my father eventually refused to attend). He was an art historian and taught at Hope(less) College. I knew him before his Parkinson’s hit him as a gentle bright sardonic man.

He outlived my dad by 13 months.

I thought we gave him a pretty good send-off  yesterday.

I went over earlier to keep rehearsing the organ music.

Afterwards I immediately went over to my Mom’s apartment and she agreed to go for a little ride.

By the time I was seated resting in my home it was after 5 PM. I was exhausted emotionally and physically. Mondays are usually a day I try to lay low.

Fortunately my lovely daughter, Elizabeth, called and cheered me quite a bit.

I think it’s pretty cool that she reaches out to me and Eileen regularly. My brother, Mark, also observed with wonder that she calls him on occasion. I like it that she connnects. I guess I’m a bit of a connector myself when I am at my best. Heh. 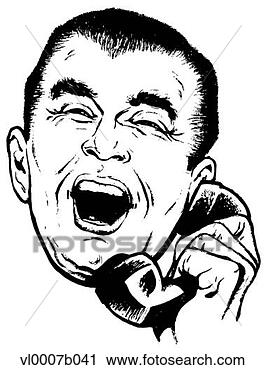