Despite it being Thursday (a day I usually spend exhausted), I spent time this morning with my compositions before piano trio rehearsal. I didn’t do any creative work, just tidying up one movement and putting the other one into Finale. It is coming closer so that’s good.

Easter is beginning to loom a bit. I’ve been playing around with scheduling a couple of Bach organ works based on Christ lag in Todesbanden (BWV 718 and BWV 695). These two are part of the individually transmitted organ chorales of Bach. This means they weren’t part of any of his collections but were handed down through the hands of his students and sons.

The chorale on which they are based is not one that congregations other than Lutheran ones usually sing. It’s in minor and celebrates the resurrection. I love it. But I don’t think my Episcopalian community needs to learn it. But there is some wonderful music based on it, including a Bach cantata (BWV 4).

The organ piece above (BWV 718) works a little bit like a cantata movement. From my notes, I apparently performed it in 2004 on the harpsichord. This must have been at Peace Lutheran when I worked there for a few years as the music director. I do love the piece and think it would make a lovely prelude or postlude for Easter. 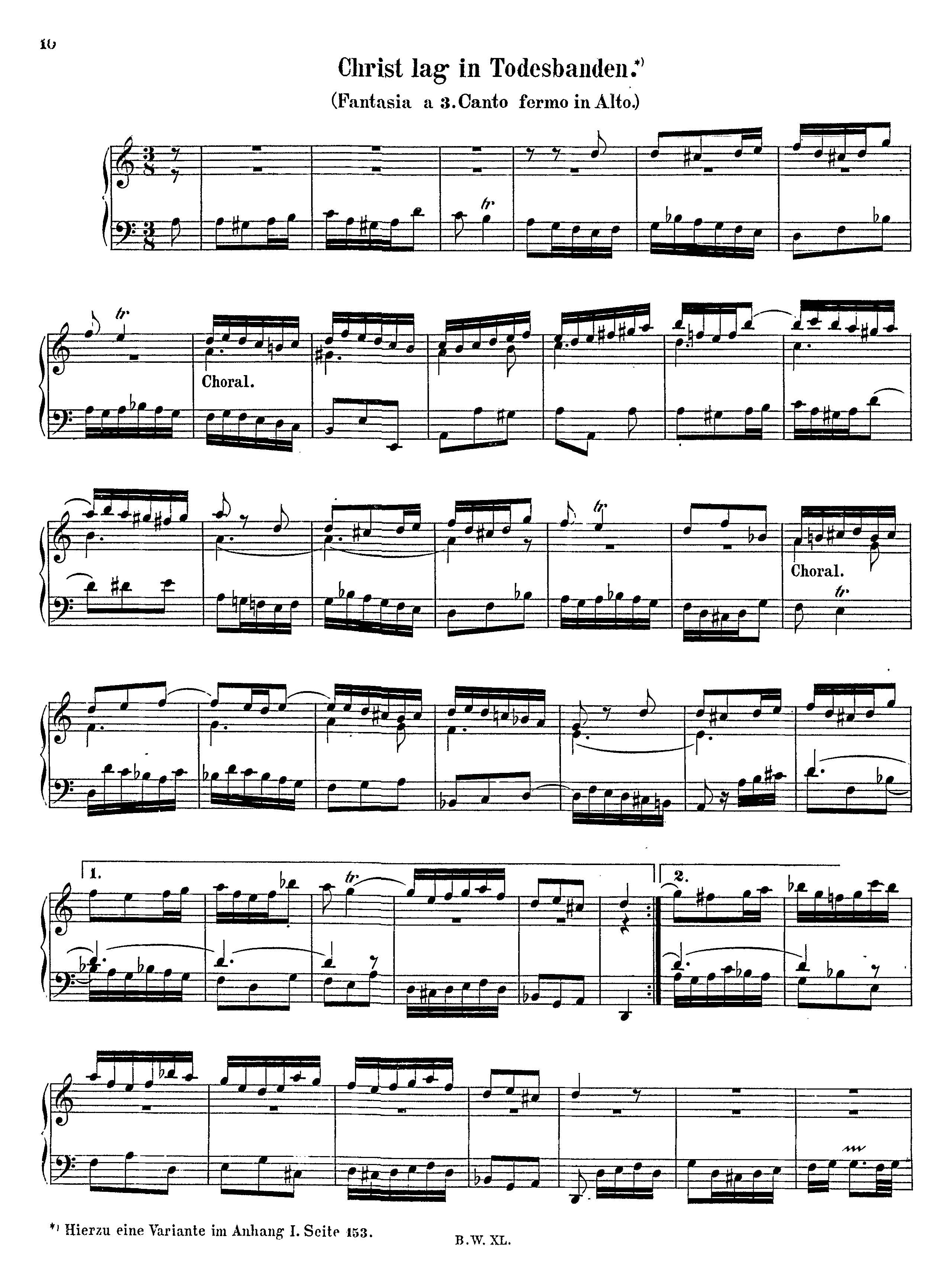 BWV 695 has the melody in the alto line. In the past I have experimented with playing these longer notes on the pedal with a higher set of pipes so they would sound in the correct octave. I have my copy of this marked that way, but I also do not have a notation for a previous performance. This is probably because I have it kind of hard to solo out the alto line unless it’s written in a separate staff preferably the lowest one.

I soloed it out because I could never hear the melody very well on the instruments I was working on. It occurred to me this morning that I should try it on the Pasi. And sure enough, you can clearly hear it since the instrument has a wonderful clarity about the way the pipes sound together. It’s much easier to play this with my hands than try to use the pedal. Also, Bach had wonderful instruments and its likely that he could hear his melody easily as well.

I was looking at some other organ music for Easter. Specifically, Robin Dinda’s “Seasonal Hymn Preludes Vol 7: Easter and  Easter Season.”

I found a nifty little piece based on a tune we will sing for Easter (LLANFAIR). I was playing through it and turned the page. The next page did not continue the piece. It turns out that the publisher omitted pp 19 to 34 which contain the ending pages of the piece I was interested in. Damn.

I was complaining to Eileen about this and she suggested I email them. They might just send me a pdf of the missing pages. I am pretty sure I purchased this volume used so it hadn’t occurred to me to do this. Brilliant idea!

I’ve already sent the email. It would be cool if they were to email me the pdfs in time for me to use this piece for Easter, but I guess we’ll see what happens.

Did you know that Longfellow’s famous poem about Paul Revere’s ride was actually an abolitionist poem probably more about John Brown and his insurrection and hanging? I learned it reading in Jill Lepore’s These Truths: A History of the United States. I’m on page 269 (out of 792! Whew!) and she mentions it in a footnote. Here’s a link to an article Lepore wrote about it for the American Scholar published in 2011.

Also, Longfellow himself abhorred political discourse and had to be talked into writing poems to help the cause by friends who were politicians. I love this sentiment which Lepore quotes in her article and also in her history book.

“Though a strong anti-Slavery man, I am not a member of any society, and fight under no single banner,” Longfellow explained, adding, “Partizan [sic] warfare becomes too violent, too vindictive, for my taste; and I should be found a weak and unworthy champion in public debate.”” Longfellow

I do love Lomax’s work. This link came sliding by in my Facebook feed and I bookmarked it to check out sometime.

2 thoughts on “composing and picking some organ music”