I spent some time talking to a guy with a strong Indian accent on the phone yesterday about our internet service with Comcast. I was trying to find out what speed we are paying for. We have been having troubles watching Jon Stewart and with what appears to be interruptions in service. 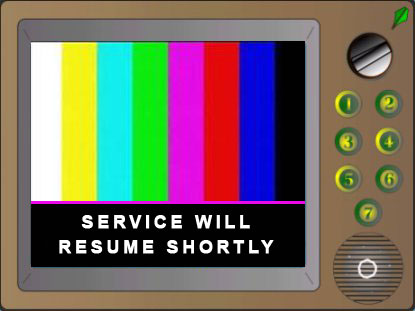 It turns out we are subscribed at 20 Mbps (download speed) and only receiving about 1. We did a reboot of the modem and the router and it increased the speed back to where it should be. The person on the phone suggested that we keep an appointment with a service rep for tomorrow and monitor how our service is working.

It did go down yesterday but quickly came back after I rebooted the wireless modem. We probably need a new one.

I also spent an interesting time in organ practice yesterday. A section in the piece I am performing as the prelude Sunday goes quite fast.  I decided to use the metronome and the old fashioned idea of starting at an easy pace and repeating at one click higher to gradually increase speed.

I started out around 120 and got it up to 130. Later I worked at the piano at home and started at 130 which was feeling pretty comfortable and got it up to 172 easily. This takes quick a bit of time and a lot of repetition. The section is marked 168 so I should be able to have it ready Sunday assuming I continue to practice in this way.

The silly metronome app on my phone screwed up several times. Good grief. I learned to put the phone on blank screen because if I don’t, the metronome app loses a beat when the screen goes blank. Also I think it was skipping a beat here and there, but that could have been me.

The piece is “Prelude in C Minor” composed by Lee Dengler. I bought it on sale last year. When I went through it at first I didn’t think much of it. But after my vacation, I played it again and was surprised that suddenly the piece made so much sense to me. I quite like it now and am looking forward to performing it Sunday.

Interesting interview with Snowden. Linked in a New York Times article. Worth reading.

Karl Albrecht, a Founder of Aldi Stores, Dies at 94 – NYTimes.com

I Had a Boyhood, Once – NYTimes.com

This woman knows how to write. A good read.

Give Us a Bishop in High Heels – NYTimes.com

Charming little report on the new stuff in the Anglican world.

Cool site. Thank you to David for posting on Facebooger.

What Writers Can Learn From ‘Goodnight Moon’ – NYTimes.com

Excellent story of reading this book.

Who’s Right and Wrong in the Middle East? – NYTimes.com

How Tests Make Us Smarter – NYTimes.com

I’ve often wondered if educators talk about how tests are learning tools. I know that I have benefited from testing myself.