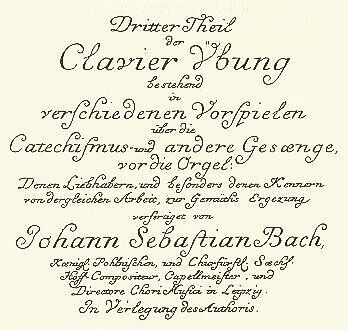 I have been up for an hour thinking about and playing through my new edition of a volume of Bach’s organ music. Specifically two of the manual pieces: Kyrie, Gott Vater in Ewigkeit BWV 672 & Christe, aller Welt Trost BWV 673.

If you are an organist, you need this book. It is one of two new Bach editions that I have purchased recently and have left me excited about the current state of performance scholarship available to students of Bach.

The introductions and critical apparatuses of both provide lots of information including some logical solutions to questions thoughtful performers will ask themselves. Both represent new waves of scholarship and its application.  The organ volume is one of many planned by its publisher (Wayne Leupold). The consulting scholars (Christoph Wolff and Quentin Faulkner) involved are well known to any one who reads in Bach studies.

It’s kind of amazing in this day and age of general lack of education and historical knowledge, that at the same time such examinations of the past represent new light and understanding shed on old topics like which notes did Bach intend and how shall they be played.

The Well Tempered Clavier (as I have mentioned before in this space) represents over 10 years of meticulously picking over previous editions and extant manuscripts.

Then there’s the music in these books.

It could be my own huge ignorance coming to light, but I continue to find new and exciting beauty in Bach.  In just the two I was playing through this morning, I discovered how he uses fragments of the melodies to derive beautiful and excellently conceived counterpoint. Yikes! What music!

Yesterday I went to the Music library and checked out a bunch of titles to consider purchasing. 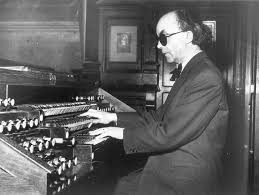 I am reassessing my ideas about Jean Langlais. I have played from his “Vingt-quatre Pieces” (volumes 1 and 2) for many many years. I purchased them before I began my very earliest organ lessons and used them. 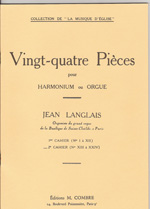 I remember having lunch with my teacher, Ray Ferguson, and another organist (both of these men are now dead). At the lunch several things happened. One was that the waitress asked what we all did for a living. Ray and the other guy said organist. Without thinking, I replied that I was a church musician. Sigh. I guess it’s still true.

We were discussing commissioning a living composer for an upcoming national AGO conference. Both men were not interested in Langlais (who was obviously still living at that time).  I just kept quiet since I was the least skilled and educated of these three.

But I now look at music a bit differently and think that Langlais wrote much music that I admire. So I’m thinking of purchasing a bit more of his stuff (in order to use up my 2011 organ music fund provided by my church).

4. from looking at his work in Wayne Leupold’s First Organ Book, Dennis Janzer didn’t interest me as a composer

5. Two pieces for organ (Fugue and choral) by Arthur Honegger

6. from looking at work in Wayne Leupold’s First Organ Book, I am interested in the organ works of Robin Dinda, George Lachenauer, Janet Correll, Austin C. Lovelace, and John G. Barr
If you have an opinion, let me know or leave me a comment.