I settled down to pick organ music for this Sunday at the computer. Usually I just use the hymnal software to determine the hymn tune names. This is necessary because we use four Episcopalian volumes of hymns. Then I consult the card index to my organ music which I have built up over the years. This usually tells me what pieces I have based on the tunes. I discovered that last Sunday was the end of my current planning and that there were no hymns picked for this Sunday. Yikes!

I was due to pick up my Mom to take her to the shrink and to lunch in about 35 minutes. I quickly chose hymns. Actually there’s no “quickly” about it. I use an index that is cross related to the church year. This is an excellent resource and usually has some good choices. I also consult the online lectionary to make sure I can see correlations between the texts and the readings. 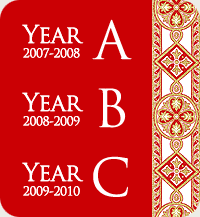 I picked hymns and emailed them off to my boss and the church secretary who assembles the weekly bulletin. I also copy this info to the assistant priest because he preaches occasionally and I find it courteous to let him know what hymns I am recommending to be used.

It’s a recommendation because the final authority and choices are up to my boss.  She usually but not always goes with my recommendations.

After spending several hours with Mom I stopped by the church to figure out what to play for the prelude and postlude.

As I chose the hymns I racked my brains on what I might use for the organ music. The closing hymn I chose was “God of grace and God of glory” (Hymn tune: CWM RHONDDA).

Without even consulting my home-made index, I remembered that Paul Manz has written a goofy piece on this tune in which the recurring accompaniment melody to the tune is based on Handel’s Hallelujah chorus. I think it’s funny and a light choice.

Before I had heard this piece, I watched a deceptive organist tell a hiring committee that was interviewing him that he had made it up himself. At the time I thought it was kind of clever but dopey.

I was shocked when I later saw the piece on the page. Wow. People are so deceptive sometimes. 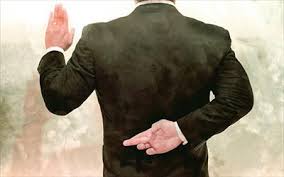 Anyway, I spent most of my prep time searching for this volume. Usually my music is in order by composer but often I neglect to refile stuff. It took me quite a bit of shuffling and filing to finally locate this volume at the bottom of a stack.

So I’m playing this as the postlude Sunday.

The sequence hymn for Sunday I recommended is  “All my hope on God is founded” (Hymn tune: MICHAEL). The tune was composed by Herbert Howells so I thought maybe I could find a little piece by him for the prelude. Success!  I chose “Dalby’s Fancy” a lovely little piece he wrote specifically to be performed on a small organ in Aberdeen. 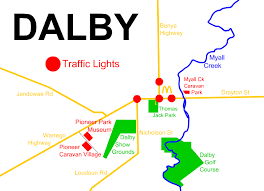 These correlations are usually lost on most parishioners unless I bother to write a little article for the bulletin. I have been resisting this since I have failed to engage my otherwise pretty wonderful rector in a discussion of the professional nature (and therefore commiserate remuneration) of my work. It just seems like over-functioning even though as I sit here I am wondering what my reference books have to say about the hymn choices I emailed.

That’s how I started writing the article in the first place. I realized that I was curious myself about the background of the hymns even beyond their textual relationship to the readings.

And then after a few articles parishioners began telling me how much they appreciated them. A lot of parishioners. Ironically this seems to be one of the things I do that gets the most comments.

I definitely have some other tasks to do this morning but I am once again tempted to check out the history of Sunday’s hymns.

I spent some time last night with Laurie the singing viola player. It was an interesting session in which I once again sort of tested and stretched someone’s concept of me and my work. Laurie sings in the choir at church and is a talented soprano. She knows me from my work there and had never attended one of my composition gigs. So even though she had the scores in advance, I know it was a different experience for her. I think she is going to help with the vocals but I’m not sure she will carry any one song by herself.

As I rehearse my songs and compositions and prepare for this performance I am once again proud of my work. Even though I haven’t found an outlet for it other than this web site, I still persist in thinking I have done some good writing.

Here’s some lyrics I will be singing next Thursday, if you’re curious.

from the song “Lucas Blinks”

Stefan gets home from work a little early.
He talks out loud though there’s no one there.
He needs someone to keep him company.
The man has so much to share.

He searched for truth and by God he found it.
Before that he wandered around like he was lost.
He dug a hole for his soul to drown it.
Now he spends time thinking of the cost.

Recently I was chatting with a friend. I mentioned that I believe all we have is the “now.” She took this to mean I think that I was saying something nihilistic. When in fact I was thinking more about Augustine’s concept of time and eternity. For some reason I think it was Augustine, but I also factor in a heaping amount of Christian mysticism. The idea is that all of eternity is present in the “now.” This differs from thinking of time in a linear manner. Somehow to me it relates to the fact that living is something we always do  in the present. That’s more like what I thinking about with my comment and in this song.