It’s a rainy dark morning in Holland Michigan. My phone tells me it’s 37 degrees out. On Monday when I left the house for work I noticed the clouds looked like rain clouds but the temp was much lower and there was no precipitation that day.

I had one dream on and off all night waking in between episodes. I was visiting what seemed to be a migrant camp. The people were friendly. My father and my Uncle Ivan (my Mom’s brother-in-law) both deceased were alive and well in the dream as well as my two daughters as children. At one point, possibly the point of arrival at the camp, I realized it was Saturday night and I had to play a service far away the next morning. I talked with my Dad about how long it would take to arrive at the church in order to time my departure. Later my Uncle Ivan transported Eileen and me to our rooms in an elaborate mobile home (what they call a recreation vehicle?). Most of the dream was populated by Hispanic migrants. Can’t tell you where all this came from but there you are.

I had a nice chat with Sarah (the daughter living in the UK) yesterday. She called on her lunch break. She and her partner Matthew are planning a getaway to Edinburgh. Sarah said it was a seven hour drive. She also pointed out that a seven hour drive in the U.K. is much different from one in the USA, presumably more difficult and stressful. I hope they have some good time off together. I know they could use it.

Comcast has been giving me problems. I tried to use Spotify last night and this morning with little success. Yesterday I used my phone to access the internet. This morning I tried to listen to Debussy while cleaning up the kitchen. No luck. But it seems to be working now.

The oligarchy of the world continues to manipulate things for its own profit. “Corporations are people, my friend” to quote Mitt Romney.

Russell Brand is my new hero. I asked Sarah how he was viewed in the UK where he is from. She said he was a TV personality and felt that he had gotten more political since attaining notoriety in the USA (“Big in Japan”). At any rate, I find his YouTube podcast fun. Here’s yesterday’s.

And speaking of YouTube videos, I found this synopsis of some of Friedman’s basic ideas yesterday.

Spending a weekend listening to Friedman talk in person at a workshop about family systems was a formative event in my life. It’s a way of thinking that has helped me tremendously. 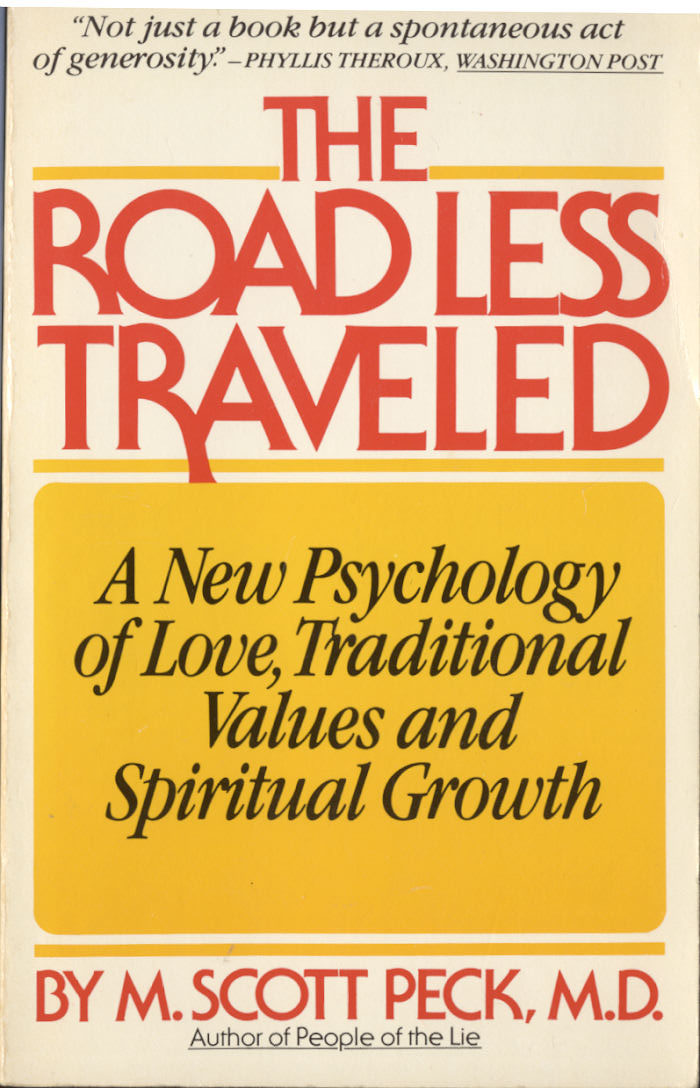 Speaking of formative stuff, bell hook quotes M. Scott Peck’s definition of love in her book All About Love: New Visions. Peck “defines love as ‘the will to extend one’s self for the purpose of nurturing one’s own or another’s spiritual health… Love is as love does. Love is an act of will—namely both an intention and an action. Will also implies choice. We do not have to love. We choose to love.” She goes on to say that “love” is a verb and is incompatible with mistreating or abusing others.

I realize that I have been working on this concept of love for years, reminding myself to treat the people I love with respect and tenderness. Admittedly I don’t always succeed but it is the goal and I continue to see love as an act of will, not primarily a feeling.

I talked to my Mom yesterday about striking people you love. Specifically we talked about her “spanking” me. She said that she chosen to use “switches” (stripped flexible branches) instead of her own hand. In Tennessee when we passed  a certain bush on the way to church (the site where I received several switchings) I would point to the bush where she got her switches and say, “There’s the switch tree.”

The reason, she said, that she used the switches was that she didn’t want to strike me with her hand. I asked her if her parents struck her. She replied her mother did. With her hand? I asked. Yes, Mom said, with her hand.

What this all to do with love is bell hooks’ adamant insistence that while children need boundaries and discipline they do not need abuse or striking. Hopefully people in power choose not to harm others, but choose to love them.