Last Friday, on Eileen’s actual birthday, we all went out to eat.

The Inn where we ate was named after a Roman street: Akeman Street. Then we came home and had some of Sarah’s cake that she made for Eileen’s birthday. It was amazing.

Yesterday, Sarah picked us up at our B & B and took us to Stratford.

First stop was the Butterfly Farm.

It was a bit warm in the rooms where they were housed, but there were an amazing number of butterflies.

Afterwards, we took some timeout on a bench.

Next,  we went looking for Trinity Church to see Shakespeare’s grave.

Directly in front of us were the graves of William and Anne Shakespeare. To our left was the font where William Shakespeare was baptized. 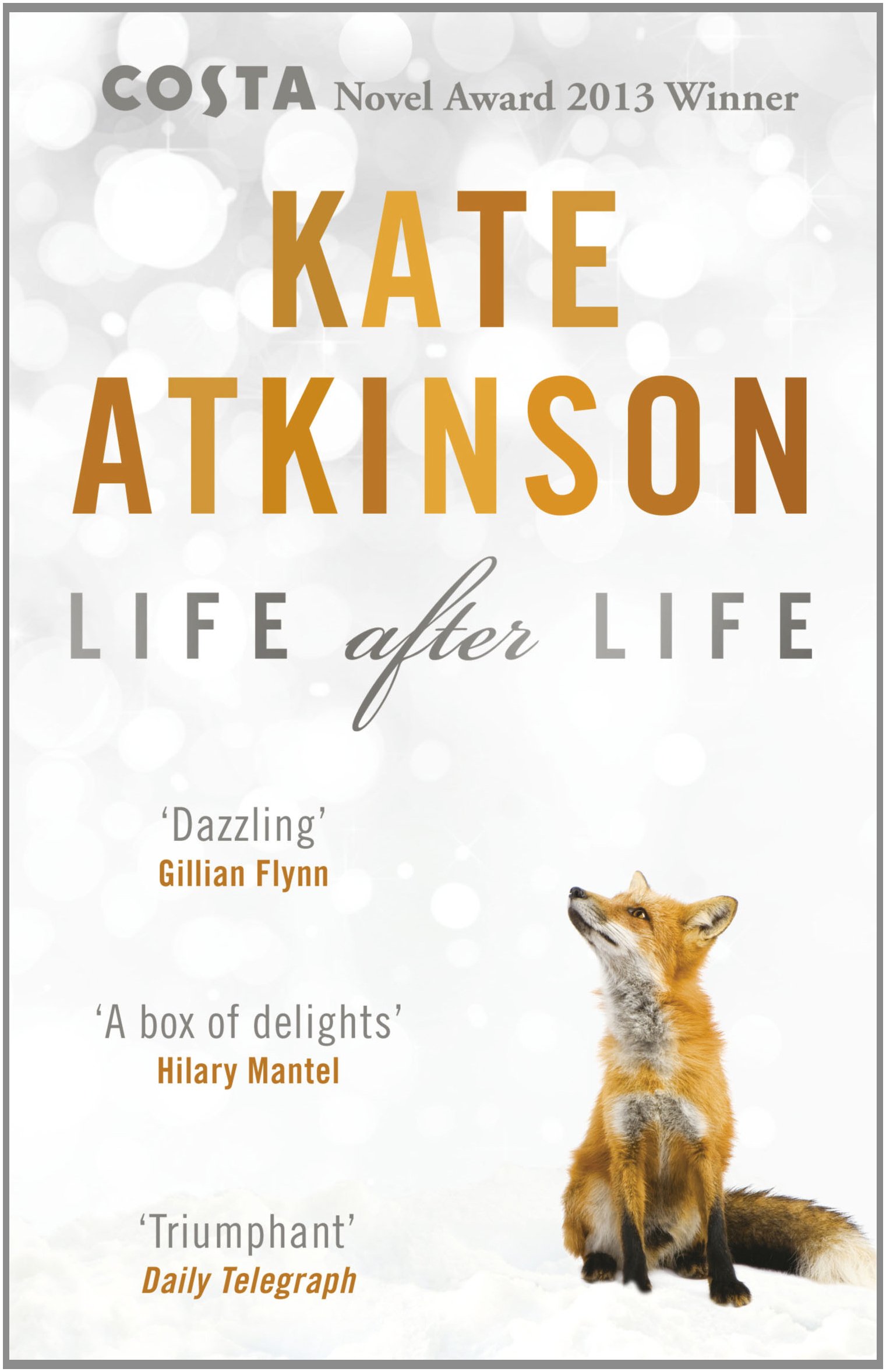 The main character, Ursula, keeps dying and being reborn on the same day in history and living a different version of her life. I was initially intrigued because the first chapter in the book describes her killing Hitler before he does any damage. But the many (and I mean many) lives that Ursula lives end up feeling a bit circular, repetitive, and ultimately directionless to me.

I was gratified to see that at least one review mentioned “those interactive “hypertext” novels whose computer-savvy readers can determine the direction of the story.” I thought of the old “choose your own adventure” books as I read it.

I think Atkinson has fallen in love with her characters. There are apparently more books where she writes about some of the characters introduced in this novel. Ursula, herself, is unusual, but I didn’t find her or the rest of the cast that compelling. Certainly not enough to pick up another book with them in it.

I guess Life After Life  ends up being  a decent summer escape read.