I had a conference with the chair of my department today.

Okay it wasn’t exactly a conference.

I was sitting on the floor outside my classroom while they did their student evaluations (teacher out of the room). The chair walked past me and said hi. This is exactly the second time I have seen him this term.

He asked me if I had my teaching assignment for next year, yet.

I had no idea what he was talking about so I said, “I guess not.”

He said that the executive administrator would be letting me know what it was and kept walking.

Administrating in the halls. Just like some churches I’ve worked in. Heh.

For all my resolutions not to teach anymore, I was given pause. I guess I was just figuring that they weren’t going to ask me back.

I guess they’re not exactly asking. More like giving me my next assignment.

After the student evaluations were taken to the office by a student, I told the class that I hadn’t received the evaluations from the previous term yet. But I had waited until after they had filled out their evals to tell them that little gem. Also, that it was distinctly possibly I wasn’t going to keep teaching. But I would like to hear things they wanted to tell me. They could tell me right now, I said (silence) or email me sometime if there was something they thought I could do better. I told them I could understand if they wanted to wait and email me after I had turned in grades. Heh. They looked grim. They probably had just finished panning my teaching and the class. Anyway, I had fun.

Instead of playing recorded music for them before class, today I sat down and played an entire Mozart piano sonata for the lovely fuck of it. I have been in sort of a Mozart mood and played Mozart all morning at home anyway. I had fun. It felt like busking.

And also at one point today, I got them clapping cross rhythms: twos against threes. It actually worked as an example of polyrhythms (this illustrated the genius of African drumming which was partly the topic for today). I like getting them to do stuff. 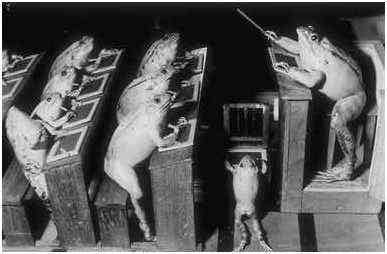 Anyway, I’m done with classroom teaching. I have to give a final next week. if possible (and it usually is) I will stay at the college and finish grades before I come home.

I don’t know why I have been in such a weird space lately. I sometimes feel like I am losing my mind. But that’s a pretty familiar feeling I guess. Onward. Upward.

Here’s the GVSU Livejournal. No new ratings for Steve on Rate your Professor web site.