I stumbled through the day yesterday exhausted. It’s good to spend time with the California Jenkinses. My grand daughters have been playing “Words with Friends” with me for a few weeks. When I mentioned to Catherine that now we could play a game in person, she wrinkled her nose and shook her head. Then I understood that since their computer/internet privileges are so scant, even playing “Words with Friends” with Grandpa online is novel and valued. How about that?

I showed Nicholas how I use my tablet to read music. He is learning Gymnopodies by Satie. Apparently I gave him the sheet music as a gift (I don’t remember doing this but it sounds right). We loaded these pieces on my tablet and he used it to play them. He has a Nook ™ which enables some internet access. I texted him yesterday in hopes of establishing some communication with him in the long run. Though he spends most of his time on the phone he didn’t respond to me right away. He may have by now. My phone is upstairs in the room where Eileen is sleeping.

On the plane trip over I was shocked to read an article in the new AGO magazine which profiled quite nicely thank you Marshall Cuffe, 2007 Rising Star.

The point of the article was to profile what it’s like to balance the life of a musician with the life of a drag queen. Of course the article is not online. AGO like so many old institutions is way behind the curve in connecting people with information.

But Mr. Cuffe accepted my friend request on Facebooger. I was proud to note that he and I had a mutual “friend” on Facebooger and that she was NOT an organist (Claire Odell whom I knew as a child in Holland until she moved away and became a good musician).

In addition to Mr. Cuffe, there was an interesting article by Christopher Cook.

I don’t know if this guy has written reviews before but his “New Beginnings” article was interesting and helpful. It doesn’t seem to be online, either. It basically is an article to encourage hacks like me to schedule more interesting organ music at church with specific recommendations.

At the end of the article in his bio, Cook “invites you to offer your own favorite organ peices, ask questions, and make comments on his blog.” Also there was a little box that said he was “seeking information from self-publishing composers.” I guess that’s me, eh? Maybe I’ll send him some stuff later this fall. I just send him a “friend” request on Facebooger.

Today we are going to go to the beach. Both David and Cynthia have the day off. It should be fun. Over and out. 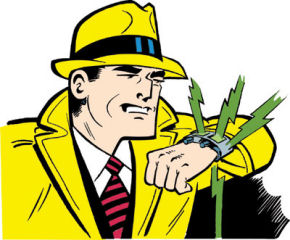