I sent my Gateway netbook to Texas yesterday. The person who was helping me online said it’s probably a cracked screen.

It looks like they will replace the screen on it for about $100. Since it’s a $300 machine, this seems worth it to me. We’ll see how it all works out. I have had some pretty confusing emails from the repair center. One email suddenly identified the company I was dealing with as Acer instead of Gateway. Everything else was the same. Very odd. I will give them feedback via the provided link once the whole deal is over. 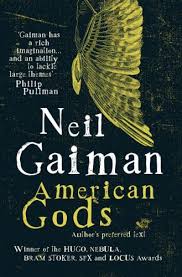 I finally finished the huge 10th Anniversary edition of American Gods last night. Apparently it has lots of additional material to the original version including 12K more words. I have to say I enjoyed this book quite a bit. Gaiman has interesting ideas and I love his America. It’s sort of a fantasy, murder mystery, road trip. Recommended.

So today is the first day of the new Hope term. 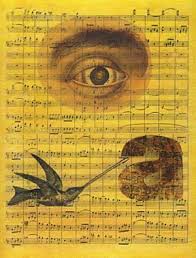 I am back at doing the ballet thingo at 8:30 AM on Tuesdays and Thursdays. I woke up early. During the break I have found myself sleeping in more and more. Also feeling a lot of fatigue and stress. The stress has not, however, been expressing itself in my blood pressure which is pretty low this days.

Yesterday I spent a lot of time with that Bach fugue.

I almost have it transcribed for organ. I heard some recordings of it on organ and quite like that rendition. Couldn’t find a score online, so I am fooling around with making my own.

Not planning to play it soon, since I just did a heavy dose of Bach last Sunday (which went well by the way).

I also have been playing Beethoven and Mendelssohn. I recently read that James Dean really liked Beethoven’s last piano sonata, opus 111. Unsurprisingly this is a difficult one. I guess I’m trying to familiarize myself with all of Beethoven Sonatas, so I tackled this one yesterday only to find I have played through it before (as evidenced by the little notes I make to myself on scores).  A music prof once described this sonata as using jazz idiom before jazz was invented. I am finding that kind of thing pretty boring these days. I can see what he means because of the use of the triplet rhythm which is sort of like swinging jazz. I can only hope that that is not what James liked about it. 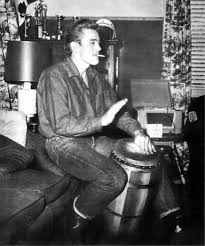 I read that story about Dean in a recent obit.

Earlier in life Mr. Hirshbein had taken up auto racing, as a consequence of his friendship with James Dean, a racing enthusiast. The two had met when Dean was an unknown young actor.

Dean was sitting on Mr. Hirshbein’s doorstep one day listening to him practice while waiting for a neighbor to return. When Jessica Hirshbein invited him in, Dean asked Mr. Hirshbein whether he could play Beethoven’s Opus 111 Sonata.

After Dean was killed in an automobile crash in 1955, Mr. Hirshbein gave up auto racing at his wife’s insistence.

link to entire obit of Hirshbein

Harder for Americans to Rise From Lower Rungs – NYTimes.com

Recent research is having an effect on public rhetoric and understanding of this subject.

China as a Destination for Job Seekers – NYTimes.com

Come to China and get a job.