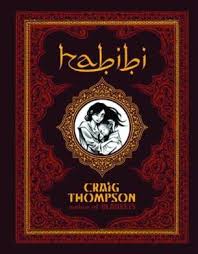 It is beautifully drawn and written. 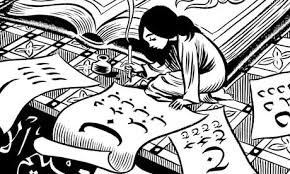 I especially enjoyed the way he incorporated the beautiful Arabic script and its mathematical/philosophical heritage into this story about a young woman and a younger man in the Middle East. 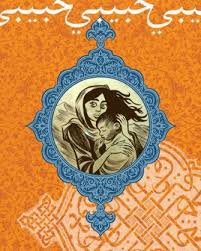 I’m still processing the story. Eileen is planning on reading this one as well.

I also finished Limits of Power last night.  This book, The Gift by Hyde and “Song of Myself” by Whitman are helping me understand both myself and my country much better.

Bacevich makes sense of the last 30 years of American history I have lived through. He basically sees us as blind to our own flaws. Flaws like thinking the historical rules of war no longer apply because of our fancy new technological toys and like forgetting the historical lessons of hubris.

I have begun reading this one for a second read, mostly because of the clear way he lays out historical events and puts them in perspective for me. 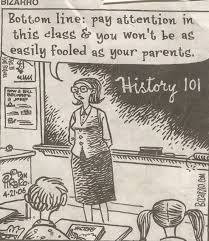 I continue to be on a roll with music.  I incorporated my review of tangos into my playing yesterday at class. That was fun. Also I felt very good about my improvs rhythmically, melodically and harmonically. 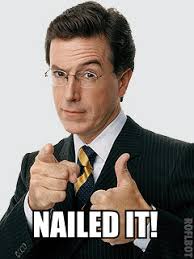 After spending some time with my Mom (lunch and errands), I put in several hours on the organ bench, mostly with Bach (the trios, the Prelude and Kyries of the Clavierubung III). Very rewarding to me.

Eileen and I attended a thank-you meal for workers and volunteers at the library last night (We missed you, Johnny Crookedfingers!).

The high point had to be this guy who was the evening’s entertainment.

He was pretty bad. He rolled a little amplifier on the stage and stood patiently waiting for the Elvis Vegas “Also Sprach Zarathustra” intro so that he could begin singing Elvis tunes into a very bassy hand held mic.

Very reminiscent of Kaufman waiting for his record player to get to the good part of the Mighty Mouse theme. 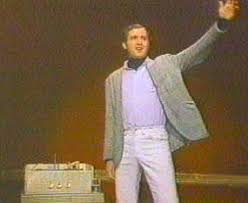 Bleak Portrait of Poverty Is Off the Mark, Experts Say – NYTimes.com

Clarifying the errors in the recent release of statistics on US Poverty.

The hits just keep on coming. It’s not a partisan thing however. Republocrats.

In Ukraine, Drinking on the People’s Tab – NYTimes.com

Interesting on the ground look at surviving in Ukraine.

Nothing like knowing someone who was accidentally killed by one of our drones.