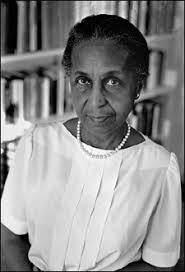 The Music of Black Americans.

I was reading in my Hymnal 1982 Companion when the former was cited. I recognized the editor from my history. I was excited that there was a companion of source readings for the book.

I have had admiration for this part of the American tradition for a long time. I love the music and I love the stories.

It fascinates me how so much beauty and art came as a result of the inhumane story of African slaves imported into the New World.

This incongruity is part of the US psyche.

We see it playing out even now in the current election. This book mysteriously arrived in the mail this week. I don’t remember ordering it. My daughter, Elizabeth, was active in the NY Occupy Wall Street movement. Either I ordered it and forgot or she ordered and dropped shipped to me because she is currently living in China. 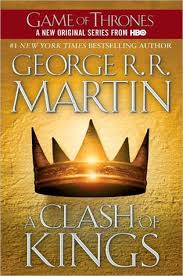 I am now over 200 pages into this, the second volume of Game of Thrones. I have been hooked into the story now. I wonder if I will stay hooked for three more volumes after this one.

Yesterday I spent some time deciding how to recommend my parish begin singing the psalm at Eucharist for the first time. I think the “simplified Anglican chant” would be a good place to start. I also thought that since in the Hymnal 1982 when more than one tune is in the hymnal for the same set of words, the editorial policy was to put the recommended one first, we would start with the first one in the hymnal, S 408.

These tunes are designed to be sung in unison by the congregation. However the only version available for putting in the bulletin is a four part one. Weird. I did my own unison version to make it clear.

Then I proceed to “point” it. This means to make clear when change from the reciting note to the final note.

Again I disagree a bit with the editors. They indicated that the principle of changing on the last accented syllable should just be explained to the group. I have found that people interpret this differently. It’s so easy to just point the damn thing.

This also prepares for more complicated tones to come.

Finally yesterday afternoon after doing all this work, choosing more organ music to learn and rehearsing upcoming organ music, I settled down and read slowly through two Bach organ works: the A minor BWV 543 Prelude and Fugue

and the fugue from G minor Fantasia and fugue BWV 542.

I read through them slowly for accuracy but not so slowly that I couldn’t hear the music itself. I have been working on the G minor on and off for a week or so.

A sense of well being settled over me as I did this. It was an extraordinary experience. It left me grateful and humbled to be able to be in the presence of such beauty and genius. Bach rocks!

I continue to follow this story. As my friend from Romania once put it, “Don’t you know? All governments are jerks.”

Every election I use this web site. It’s Michigan specific. It gives a complete ballot for upcoming elections. I have been checking it periodically. It has only come up to a working site in the last few days.

If you are in doubt about how to vote, my nephew Ben has helped put together a guide for crazy liberals: