Finished off a reading of The Hobbit last night. I wanted to finish it before starting a new novel or two.

I find characters in books have so much more texture and depth than movie characters. Bilbo Baggins and Gandalf seem much more real to me as personalities in the world Tolkien creates with the words in his novel.  It is the difference between two dimensional experiences and three dimensional ones. 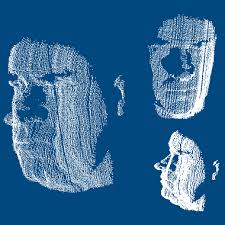 Tolkien creates in Baggins a person who combines the self-interest of someone whose takes a deep delight in creature comforts with the irresistible charm of someone who cannot stop themselves from being drawn in to adventures and who is caught up in wonder and curiosity at the world. The reader develops an affection that is pretty unique for this literary character. At least this reader did. 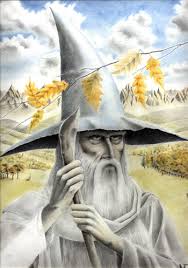 Gandalf also surprisingly leaps off the page as not only the mysterious wizard of the movie but a fallible interesting person whose self interest is off set by his obvious affection for Baggins.

Maybe this stuff is in the movie, but I certainly don’t remember it. 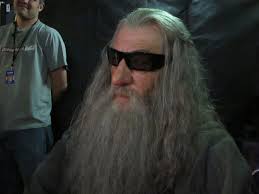 I find that most movies bore me with their predictable formula like creations of stereotyped people and plots. But maybe that’s just my age showing.

I particularly liked (and identified with) this description of Bilbo at the end of the book:

Upon returning to his hobbit-hole at the end of this adventure and discovering that all of his belongings had just been auctioned off since his absence had been so prolonged everyone thought he was dead, Bilbo Baggins attempted to retrieve his property. He gets a lot of it back but has lost many of his silver spoons.

“Indeed Bilbo found he had lost more than spoons—he had lost his reputation. It is true that for ever after he remained an elf-friend, and had the honour of dwarves, wizards, and all such folk as ever passed that way; but he was no longer quite respectable. He was in fact held by all the hobbits of the neighborhood to be ‘queer’—except for his nephews and nieces on the Took side, but even they were not encouraged in their friendship by their elders.

“I am sorry to say he did not mind. He was quite content….”

I smiled when I read that.

My quasi son-in-law, Jeremy Daum, (as he charmingly describes himself in his relationship to me through my lovely daughter, Elizabeth) recently recommended an author to me.

I went to the library yesterday and picked up a couple titles by the recommended writer, Charles Stross. After finishing The Hobbit, I dipped into Stross’s short story collection, Wireless and read an inventive little novella called Missile Gap. The outrageous plot is based on the notion that during the Cuban missile crisis some incredible powerful and mysterious power moved the surface of the entire earth to an unthinkably large disc of which earth is so small in comparison it makes up only a very tiny portion of  its spinning surface. In the resulting story one wonders whether the characters in the story are simply earth memories appropriated for an alien experiment and whether the incredible alien species that infiltrates the earth inhabitants are the ones who “moved” the earthlings or are themselves a species that has been transplanted to this huge galaxy size disc world. Not a bad plot.

Then I started the novel by Stross I had checked out, The Family Trade.

It is the first of a trilogy and Jeremy was quick to point out that it is more fantasy than sci-fi and he didn’t vouch for Stross’s fantasy writing. No matter to me. 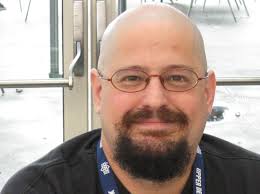 I find Stross himself pretty engaging. It was actually his introduction to the collection, Wireless, that helped me to overcome my natural disinclination initially to choose a collection of short stories in addition to a novel by a new writer.

Then there’s his website, where you can download his novel, Accelerando, for free, and read his moderated blog which seems to include several guest writers. 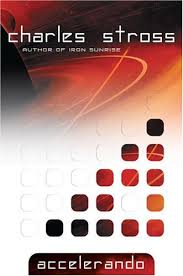 This morning I found his FAQ on why there is no tip jar on his web site enlightening in its description of how book publishers differ from music and movie distributors.

On the Party Circuit, And Upsetting the Party – NYTimes.com

Chinese fiction writer. I would be interested in reading this dude once the English translation becomes available. 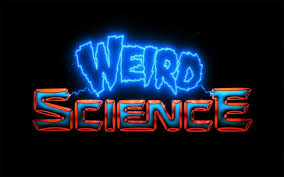 The description of Marburger in this obit is intriguing to me because Marburger seemed to have kept his own scientific opinions to himself and propagated the conservative political needs of his masters. A Democrat working for Republicans in a bitterly partisan era. 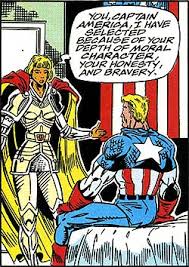 My Very Own Captain America – NYTimes.com

Charles Blow touchingly writes a tribute to his heroic grandfather inspired by noticing the historical inaccuracy of the new Captain America (integrated troops in WWII).

Krugman makes it clear that pundits who try to put the blame for the current mess equally on the President (whose budget proposals have been right of center) and the House Republicans freshmen (who are radically and extremely right of center and brook no compromise) are wrong. I especially found it hilarious that at the end of the article there is a typical notice that columnist “David Brooks is off today.” Brooks has been popping up all over touting that very notion. 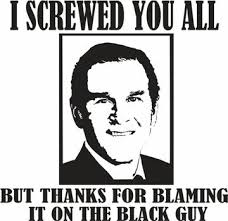 Shetterly paints portraits. This is his web site.

“There is, after all, no basis for education in a democracy outside of a faith in the enduring capacity for growth in ordinary people and a faith that ordinary people … can, if they choose, change the world.”