Finished reading Philip Pan’s Out of Mao’s Shadow yesterday. This book considerably updated my understanding of China. I have two views of China, one from a life of reading about it and translations of its poets and philosophers, another from getting on a plane with Eileen and visiting Kunming in Western China a few years ago. 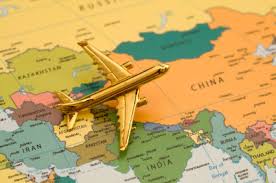 I guess I also have  more life long views of Chin that have been evolving as my daughter Elizabeth and her significant other Jeremy Daum have learned Chinese and become more and more involved with this country, now living in Beijing. 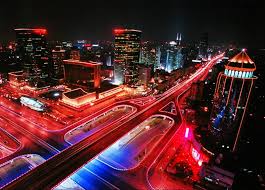 Elizabeth recommended this book. She has met Pan’s wife. I spoke with Elizabeth on the phone yesterday. She agreed that it’s a good snapshot of much of what it’s like in China now.

She said that she had heard criticisms of it that it’s too negative, but I didn’t get that. Instead it taught me how one could be living in China now and have a coherent idealism about one’s own life and place in China. This idealism is admittedly qualified by an authoritarian government which has its fingers in every aspect of life.

Curiously however, this government since Mao seems to have been adapting more and more a rhetoric of democracy. As the government espouses values it doesn’t quite live up to (like freedom of speech and a just judiciary), citizens are provide an idealistic rhetoric to attempt to bring the structure of the government away from despotic corruption and inch towards something new.

“Inch” is probably too strong a word. At one point, an idealistic lawyer who is defending authors of an expose of mistreatment of peasants says his goal is to give officials pause, that there is a moment when they might wonder if their actions contradict the ideas that China has put forth in its constitution and some of its subsequent propaganda.

There is a looming pessimism that is sort of a given for this sort of book in this time and place. The chapter describing the trial mentioned above (of Chen Guidi and Wu Chuntao, the authors of the expose) ends abruptly with no denouement of a verdict. The fact that they will lose seems to be assumed as Pan moves on to describe another series of events about an entirely different topic. Later in the epilogue, Pan points out that the verdict will never be announced. This is the sort of surreal victory that might be hoped for in this odd country. The book is extremely readable. Elizabeth said that Pan now heads the New York Times China bureau, presumably from Hong Kong or somewhere since China has been refusing to renew visas of NYT’s reporters since their recent excellent reporting that has been critical. I was poking around online this morning and ran across this interesting sit. O’brien is self described as “a content strategist and an information architect.” Fair enough. On The Media says she is one of the few journalists who are following and faithfully transcribing the Bradley Manning trial currently underway. She also has a wide poetic and visual streak. Fun.

This video gives a nice sense of her. I like it.

US Day of Rage – Main

Obrien links into this excellent web site. I especially like their theme song:

Our population is less than 5 percent of the world’s but we have nearly 25 percent of its prisoners.