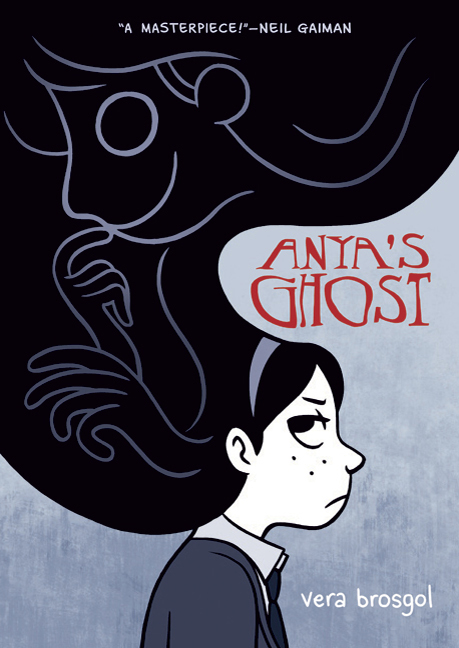 Eileen brought the teen graphic novel, Anya’s Ghost, by Vera Brosgol home for overnight last night. I got up this morning and read it before she went to work so she could return it today. I went to the author’s website. I think she’s more interesting than the book, but the book is not bad. I don’t think it’s a “masterpiece.” But that’s just me.

It’s going to get hot in Holland today. I already have the downstairs AC going and it’s pleasant here at the computer.

Michel Houellebecq has a new book out in English. I have decided he’s like a contemporary Celine. And like Celine I think the idea of his work is better than actually reading it. I didn’t think I would want to read another book by him after I finished reading The Elementary Particles. Then I read this review. I also read the beginning of the book online which describes the main character, Jed Martin, painting a portrait of the real living painters: Jeff Koon and Damien Hirst.  The review suggests that Houellebecq has abandoned his obsession with nihilistic sex in this novel and is addressing artistic dilemmas that his work and the contemporary situation of meaninglessness create.

I put myself on a waiting list at the library for it.

I’m about 2/3rds the way through Irving’s new one. It’s kind of fun. It’s a transsexual saga. Charming in its own way. 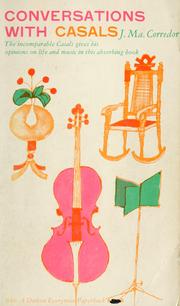 Finally, I started reading Conversations with Casals by Corredor yesterday. Pablo Casals has had a large influence on me and I realized that I hadn’t read this one. I have a beat up paperback that looks a bit like the cover above. I was thinking about Casals because I somehow have the notion that he insisted on rehearsing the best musicians in the world. Not sure where I got this idea. It doesn’t seem to something I could find in his memoirs.

Besides the article on Houellebecq, I bookmarked several articles to read from n+1 issue 14 online yesterday.

n+1: Lions in Winter, Part One Renaming Big Ben. Wonder if it will take.