The chair of the ballet department emailed me to be sure I knew that Hope was closed due to low temps and snow. It turns out that when an instructor showed me a list of classes she wanted to know if I would be willing to play for, our discussion was all the confirmation I was going to get as to my schedule this term. Good grief. 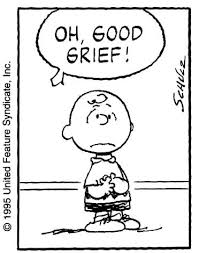 So I’m sitting in my house wondering what my schedule will be and even contemplating that they might not ask me back (hey, it could happen, I’m totally on a contractual basis having received no overt reassurance that I have an ongoing relationship with the ballet department). And the chair of the department thinks I’ve been lined up to accompany certain classes this term.

I replied to the chair’s disconcerting inquiry (she must not know that all people employed by Hope are on the email list of updates), and pointed out that I wasn’t sure what classes I playing for this term. She replied in a panic that there must have been a miscommunication and gave me the list.

So I will be doing three classes a day on Monday and Wednesday and one of Friday. That seems doable.

I cleared off Eileen’s car yesterday and started it for her. This doesn’t seem like such a big deal but we have been hit with weather here in Western Michigan so it was.

I then proceeded to snow blow the drive and the sidewalk. This was the first time I had used Eileen’s snowblower. It was so cold I had to keep coming in and warming up in order to feel my extremities. Then I was off to put gas in the car and pick up coffee beans. I arrived at church and then the fun began. I spent the day trying to figure out what organ music to play the next two weeks and what choral anthems to use for the next few months. For some reason I couldn’t land on stuff and It was a long frustrating day. Then I discovered that I had omitted preparing this Sunday’s psalm (this is now a weekly task for me — to choose an Anglican chant and make a version of it that indicates to the congregation how to sing it).

So at the end of my day, I had to come home and do this Sunday’s psalm.

I was surprised that running the snow blower made me sore. It was a lot of frozen snow that I had to force it through. Maybe that’s why I was sore. Or maybe I’m just old and out of shape. 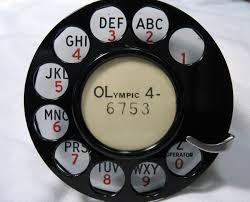 Anyway, I’m dialing it down a bit at church, choosing material for the choir that takes into account the dwindling numbers and erratic commitment of many of the singers. I don’t know if I mentioned here how stressed I was on Xmas eve. I looked at the choir and saw a combination of people that I had never seen before at one time.  I had to spend extra time teaching parts and working on balance and we started Xmas eve late. Oy.

I did eventually chose organ music by David Johnson and Andrew Clarke for this Sunday.

The prelude by Johnson is based on the opening hymn, Salzburg. The postlude by Clarke is based on the closing hymn, Deus Tuorum Militum. I like it when I can do that: connect to the immediate proximate hymns with the prelude and postlude.