Still pretty tired today. Yesterday I did coast through the day. It was relaxing but I remained exhausted all day.

Eileen came home early (compensatory time off for an early breakfast the day before) and made supper while I treadmilled. This was nice. Lately if anyone cooks it’s me, since Eileen is pretty stressed and exhausted after work.

I signed up for Goodreads. Not sure how much I will actually use it. But a librarian I know (Mary Cook) put up a blog post recommending it on the Herrick District Library Blog. I keep track of my reading already online via a permanent URL from my bookmarking service (https://www.diigo.com/). Before that I used to write down titles in my journal that I had read.

Goodreads is free. You can share info on Facebook (I am trying not to do that much). You make lists of books you have read, are reading and want to read. It suggests other titles via typical social networking links from members (i.e. people who read your book also read these books like it).

I was discouraged when I looked at the books voted the best for 2013 by members. It was mostly bestseller easy reads. Few titles I had read or had any inclination to read. Still I think I would like being in a reader’s social network so I’m giving it a try.

Today’s blog is short because I spent most of my morning filling the crock pot with veggies. I still have tons of veggies from my CSA. They are starting to wilt. So today I cut up kale, leeks, celery and onions, shredded a potato and a carrot, fried some mushrooms, and put it all in the crock pot. If nothing  else it will end up a killer vegetable bouillon.

This is as far as I got this morning when the internet went haywire. Or something did. I think it may have been my laptop slowing down. At any rate, I rebooted both the internet modem and the laptop which pretty much ate up all the time before I had to meet Rhonda to rehearse our duet scheduled for Sunday afternoon.

1.Amsterdam Has a Deal for Alcoholics – Work Paid in Beer – NYTimes.com

They got the idea from Canada.

Despite being largely Republican backed many corporations are preparing for global warming.

3. The Secrets Inside Us – NYTimes.com

4. Fate of Detroit’s Art Hangs in the Balance – NYTimes.com

Kevin Orr actually says that the art is an essential asset. Others want to sell it.

This new poem by a poet I like contains a phrase I have heard my son say numerous times: “Angels are real.”

6. Thoughts on the Chromebook

John Scalzi’s thoughts on his Chromebook. It sounds like a cool cloud laptop.

France thinks its legal to sell other country’s artifacts. Maybe they think Native Americans are Roma.

8. Ari’s Take: Carry Your Instrument On The Plane – It’s The LAW

So this musician shows up with a copy of a new law that says airlines have let you bring your instrument on board under specific conditions.

the same old question that we are asking ourselves fifty years later: How far can we go in the rightful defense of our Western values without abandoning them along the way? My fictional chief of the British service — I called him Control — had no doubt of the answer:

I mean, you can’t be less ruthless than the opposition simply because your government’s policy is benevolent, can you now?

Today, the same man, with better teeth and hair and a much smarter suit, can be heard explaining away the catastrophic illegal war in Iraq, or justifying medieval torture techniques as the preferred means of interrogation in the twenty-first century, or defending the inalienable right of closet psychopaths to bear semiautomatic weapons, and the use of unmanned drones as a risk-free method of assassinating one’s perceived enemies and anybody who has the bad luck to be standing near them.

My son-in-law, Jeremy Daum, is quoted in this Wall Street Journal article. Excellent. 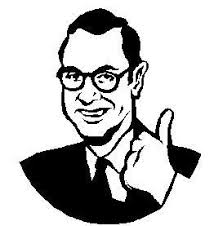