It’s almost noon and I’m finally getting to blogging. Spent the morning reading and then having breakfast with Eileen. After breakfast we like to play boggle. The version that we like uses more letters and holds my attention better with its challenges.

I finished the book that I gave my grandson Nicholas for Christmas. Although I have some small quibbles with it and did find a couple of errors, I like Greenberg’s overall point: in order to appreciate music one must know something about the context of its creation.

In other words, history counts for something. In fact it counts for a great deal to me and not just music history. I was thinking this morning that I read a decent amount of history depending upon my current interests. Right now I am reading Making Madison by Michael Signer. He does an excellent job of combining scholarship with bringing the people involved to life on the page. I believe Signer has in mind that we could use some of the genius of Madison today. Madison was not flashy or even good at public speaking. What he did best was strategize, study and prepare arguments. You know. Like writing many of the Federalist Papers.

Plus Madison was battling a demagogue in Patrick Henry who opposed the idea of a strong Constitution and Federal government. Some interesting lessons there for understanding today.

Context and history are what I find missing most in conversations whether I have them on Facebooger or in person. Being informed about context is a continual battle. Understandings change, evolve and refine. It’s always time for me to check on what the current thinking is on the past. As it also helps to keep confirming what I can remember as well. I am always looking for conversation these days. I’m not finding it very much. Eileen, bless her heart, is a good listener and a good thinker. When the internet took off I had a dream about having conversations via cyber space. That didn’t happen so much. Instead social media took off (over?).

Social media seems to be largely about presentation of self and idle thoughts.  Like the internet itself there are small corners in social media where meaningful shit can take place. I have a small hope about “The New Yorker Fiction Podcast” page. 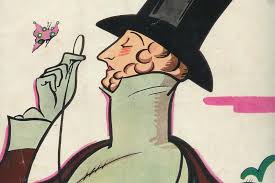 I listen to one of these almost every night. I often have thoughts that I would like to share and questions to ask of the podcast givers and other listeners. For example, last night I listened to Tony Early read and discuss William Maxwell’s short story, “Love.” (link to podcast, link to pdf of story – you have to scroll down a bit but the whole thing is there).

Deborah Treisman and Early discuss the story. I’m curious if they heard what I did in it, namely a blatant reference to James Joyce’s short story, “The Dead.”

Maxwell tells a story about a beloved fifth grade teacher. The point of the story is that the teacher leaves the class due to a fatal illness. He ends with a description of how the teacher’s aunt refills the flowers on the grave of the teacher.

“But I know, the way I sometimes know what is in wrapped packages, that the elderly woman who let us in and who took care of Miss Brown during her last illness went to the cemetery regularly and poured the rancid water out of the tin receptacle that was sunk below the level of the grass at the foot of her grave, and filled it with fresh water from a nearby faucet and arranged the flowers she had brought in such a way as to please the eye of the living and the closed eyes of the dead.

In listening to this story I was struck by the love of the aunt as well as the students (one of whom is retelling this story as an old man). After all, the title of the story is “Love.” In the course of the discussion, Triesman asks Earley about the title. She wonders aloud if the story had been entitled, “Death,” how it would have affected the reading of the story. Early jokes that he wouldn’t have read a story by Maxwell called “Death.” That sounds like lots of fun, he quipped.

But this got me thinking about Joyce’s story called “The Dead.” Then I realized how Joyce ends it.

Yes, the newspapers were right: snow was general all over Ireland. It was falling on every part of the dark central plain, on the treeless hills, falling softly upon the Bog of Allen and, farther westward, softly falling into the dark mutinous Shannon waves. It was falling, too, upon every part of the lonely churchyard on the hill where Michael Furey lay buried. It lay thickly drifted on the crooked crosses and headstones, on the spears of the little gate, on the barren thorns. His soul swooned slowly as he heard the snow falling faintly through the universe and faintly falling, like the descent of their last end, upon all the living and the dead.

This is the last story in Dubliners and one I like a lot. Surely Maxwell who was the fiction editor for “The New Yorker” for a good long time made his ending conscious of Joyce’s.

Anyway, if I had been on the podcast Facebooger conversation when this aired in 2013 I would throw that question in the comments. I may yet since I am now following this podcast on Facebooger.

For me this is another example of context and history. But maybe (just maybe) I’m full of shit. Heh.