Yesterday I was laying in bed around 6:30 AM and I heard the birds start singing in front of the house. My wife has mentioned them several times and I wondered why I hadn’t heard them earlier mornings. I think the reason was I was already in the kitchen writing my blog by the time they start singing.

This morning I was laying in bed and waiting for them to start singing. Edison the cat somehow got out of the bathroom where he spends the night and was banging on our bedroom door.  By the time we had him  dealt with I was totally awake and ready to get up so I did. I looked up at the kitchen clock a few minutes ago. Past 6:30. I wasn’t hearing birds. Went to the front door and stepped outside and sure enough the birds were singing like crazy. Yesterday they were singing all day. I tried to spot the singers but failed. The trees are leafless but grayish making it hard to see them. I thought I should be able to pinpoint one particularly loud singer whose song I recognized. But I couldn’t be sure I was seeing the right bird. I was a bit self conscious because my neighbors were staring at me. Of course people do that to me in Holland due I guess to my slightly unusual appearance and possibly unusual demeanor for an old guy. At least that’s my guess why they rudely stare at me in the grocery store and on the street. I’m not making this up, by the way.

Messiaen the composer was also an ornithologist. He notated and utlized the songs of birds in his compositions. You can find bird melodies in his work  as well as Hindu rhythms and other fascinating stuff. I seem to recall him saying something about birds being the best musicians on the planet. I see what he means listening to them recently. His music continues to be on my mind. I interlibrary-loaned a copy of his Pentecost Mass for Organ yesterday. I was also playing through the first movement of his 20 gazes on the infant jesus…. the one about the Father’s love when I decided I should go see Dad yesterday.

I don’t think we are quite on death watch for him yet. But we are meeting with Hospice next Tuesday.

So everyone (daughters Sarah & Elizabeth) arrived safely last night. Earlier in the day I went over to see Dad. He was surprisingly better than the last time I saw him. He was holding his head was a bit higher and he actually saw me coming. He is obviously getting worse and worse but yesterday I managed to understand several sentences he said. One was “I love you” back to me when i told him I loved him. I sat with him and held his hand for a while. Then took his flat screen tv to Mom. 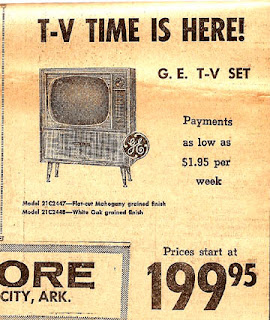 He hasn’t really used it since we got it for him and now I think since Mom’s room is kind of small it’s the ticket for her.

Mom seems to be doing okay, not great, but okay. I chatted her up a bit before it was time for her to go to lunch. I asked for a copy of her meds from her nurse and have found some new drugs and changed dosages. I plan to call Kevin the psychiatric nurse and ask about this today.

After seeing Dad I immediately called Eileen to report that he was doing a bit better. She was relieved to hear this because the last time she saw him he wasn’t doing well at all.

Talked on the phone to Mark the brother and David the son.

The choir is challenging to bring to an acceptable sound. The problem is the usual. Changing personell which is nice talk for people’s erratic attendance. Also we added several singers last night from the Youth Choir (including the director).

I don’t even understand entirely why. Maybe she objected to having the choir sing in the basement at the combination Agape Meal/Footwashing/Eucharist. Who knows? Anyway she was placidly waiting for the after service rehearsal. People make me crazy sometimes.

Sarah arrived between 9:30 and 10 PM completely frazzled from her trip. After getting off the plane in Chicago she rented a car which took time and energy. She wanted to stop by the restaurant Sultans but couldn’t find it…. more time and energy. Then there was the drive from Chicago to Holland. She stopped and rested she was so beat. But she made it.

Elizabeth arrived sometime in the middle of the night.

Today will hopefully be low key as people get a chance to see each other. Then back to church for the Good Friday service.