Eileen and I got up and had a leisurely Christmas morning together. Yesterday was quite the marathon. Sunday morning and evening services for Advent IV and Christmas eve. It all went well. We gathered  food and gifts to take up to the annual Hatch Christmas,,jumped in the car, dropped off a gift to friend and stopped to see my Mom, then headed off.

About two miles north of Holland we hit whiteout. We drove on for several minutes. It became apparent that it was insane to continue so we turned around and came home.

I came home and made a list of stuff wrong with the car (my Mom’s Olds actually) that we need to fix: windshield wipers, leaky wiper fluid holder. tune up, oil change so something came out of the effort.

Apparently the online Groves Dictionary of Music did a complete update this month.  I found it confusing at first. Now I think i can use it, but it’s not clear when one is accessing the Groves. Also I don’t see anything about  how to cite it academically in a paper.  I think it has changed its name to Grove Music Online.

I have been playing music by and thinking about a father son team from Austria: Georg Muffat (1673-1704) and Gottlieb Muffat (1690-1770). Both men wrote charming music for organ and harpsichord as well as other genres. I wanted to learn more about them so I went onto Grove Music Online and that’s when I ran into trouble with the new set up. I did find what looks like the old online access and read up a bit on these guys.

I have been playing through harpsichord suites by Gottlieb and am fascinated by how much the music resembles the music of François Couperin.  Writing in Vienna, Gottlieb’s suite movements seem to call for French interp. And since he is so late, the music is a bit of a blur between baroque and “modern” or more “gallant” music.

The article about him in Groves Online was written by Susan Wollenberg. There is a book about him out, but it’s expensive and I can’t get a college library to interlibrary loan it to me. I guess i see why,

I seem to have one volume each by Georg and Gottlieb. I think I may have picked them up many many years ago when a publisher (Kalmus) put it’s entire catalog on sale for half off before selling out to another publisher (Belwin Mills?).

One of my questions is how the French practice seeped into these men’s lives. Reading on Groves, I see that the dad studied with Lully in France and Corelli in Italy. Here’s a picture of Georg. 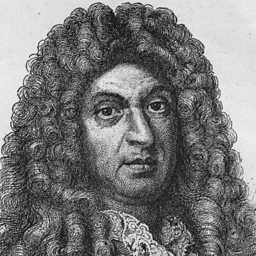 I got a kick out of it because he is wearing his wig in the French style. This pic also came up. 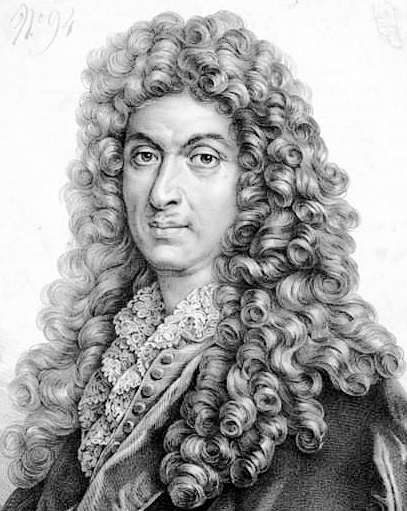 The author of this article is my new hero, Emily West.

Better late than never: Rome revokes the exile of the poet Ovid, 2,000 years after his death

I seem to have a classics thing going on.

Trump’s ambassador to the Netherlands just got caught lying

That’s our man from Holland Michigan, Pete Hoekstra. What a disastrous public career he has had!