I stepped into the church yesterday for the first time in about six weeks. I went over with the notion that I would pick out organ music for a week from this Sunday. At this point, I’m thinking of alternating improvised preludes and postludes on one weekend and relatively easy literature on the next, thus giving myself two weeks to prepare easier music. This should cut down on the hours I have to spend at the instrument, pleasurable though they be.

This is a beautiful piece that I have played many times and is the tune to the opening hymn that day. The closing, “Stand Up, Stand Up, for Jesus,” is in A major so I paired it with the A minor prelude and fugue (BWV 559) from the little Bach/Krebs set.  I thought that Krebs was credited with all of these, but a glance online shows that the A minor one is probably by Bach himself.

Rev Jen dropped in to say hi and welcome back. She probably spotted my car in the parking lot. I’m feeling good about getting back to work, especially after gaining a bit of perspective due to time off. It was great to see her!

Earlier I had stopped by the library to drop off some books and pick up my interlibrary loaned copy of The Traditional Tunes of the Child Ballads by Bronson, vol. 1. I haven’t had a chance to check this book out yet. I ran into Rhonda. We haven’t seen much of each other this summer. We said we would get together after the dust settles. I would like that.

My copy of Bradley’s Abide with Me: The World of Victorian Hymns arrived in the mail yesterday. Temperley’s ideas about English Parish singing pointed me toward this charming little book. I have already read a bit in the library copy.  English Victorian hymns emerge after the Calvinist metrical psalm singing in England is firmly entrenched. Hymn singing and texts were ubiquitous at this time in Great Britain.  They were everywhere: beginning to join metrical psalmody in most non-Roman Catholic churches as well as pervading homes, bars and public places. 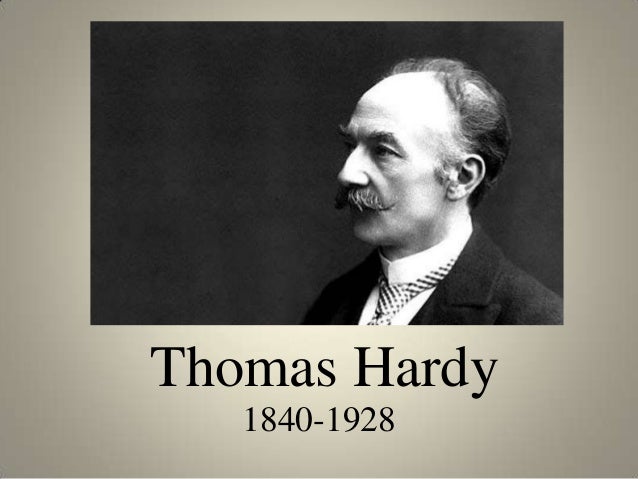 Bradley cites poems and prose by Thomas Hardy about the little instrumental bands that accompanied hymns in the non-cathedral churches of England. Apparently Hardy’s parents met when his future mother spied his future father playing viol in one of these. Hardy made a poem about it, “A Church Romance.” 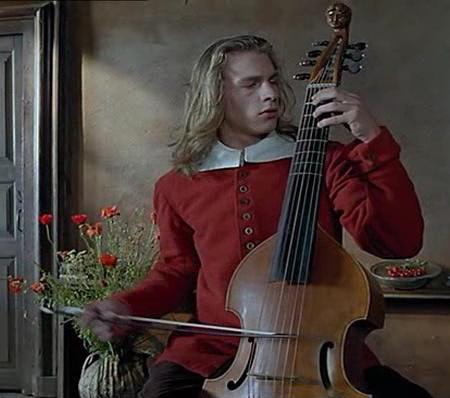 I have a soft spot for Hardy, especially but not limited to his poetry. His was the first complete collection of poems by a poet that I decided to read straight through. That was years ago. I began to enjoy them so much that I slowed way down and savored them, sometimes neglecting to pick up the book for a year or two. I didn’t finish it yet. This morning, I find my bookmark on p. 836 of 954. My edition of  The Complete Poems of Thomas Hardy happens to be the one that Bradley cites in his notes. Cool.

The idea of a group of an 18th century instrumental band leading singing in English parish church is sometimes referred to as “west gallery music” since the bands were in the west gallery when they were playing in Anglican churches.  The wikipedia article linked in the last sentence gives “Georgian psalmody” as another name for this music. 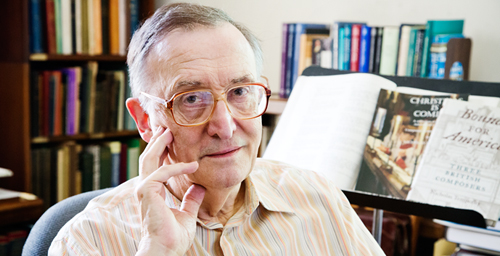 The singing of this music was a bit rustic by all reports. In fact, after this style of hymnic treatment had long fallen off the radar in England, it was re-discovered when English scholars such as Temperley listened to the American shape note tradition and fuguing tunes and once again found English roots in American soil.

Bradley quotes Hardy who “describes the choir of Longpuddle Church, consisting of a leader on fiddle, bass-viol, tenor fiddle, serpent, clarinet and oboe, who were much in demand for reels and dancing parties ‘for they could turn out a jig or a hornpipe out of hand as well as ever they could turn out a psalm, and perhaps better.'” (from the Hardy short story: “Absent mindedness in the Parish choir.” These sound like my kind of church musicians.

This is a serpent. 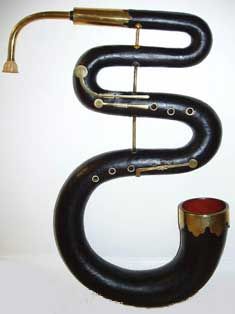 I recently stumbled across the revival group, West Gallery Music Association, on YouTube and didn’t realize it was related to my current reading on English parish music until recently. Here’s the video.

This increasing interest in West Gallery music is apt for Jupe’s reentry into his little church music world. Tomorrow, what the New Oxford Book of Carols has to do with all this.