When I told Dr. Birky that I came out of our previous session feeling helped and buoyed by it despite there being no direct insight to point to, he told me that was very “Rogerian,” the idea that having someone listen to you is helpful. 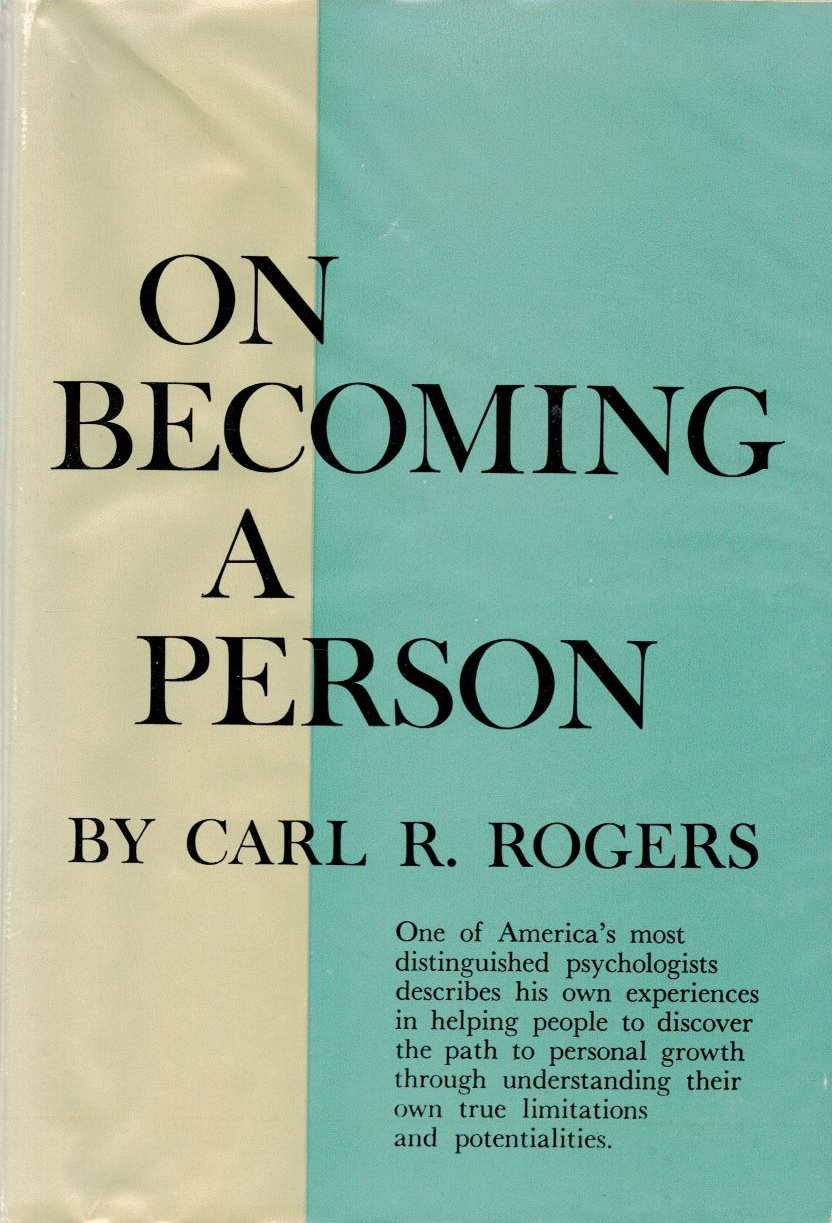 He is taking some time off so this time there will be a month between sessions. I told him I had read some Carl Rogers but in truth I was thinking of titles by Rollo May. I pulled out my copy of Becoming a Person by Carl Rogers. I noticed that I had read in it and made notes in the back. I think it would be a good time for me to reread it between visits to my therapist.

Rogers insists that his insights are not just for therapy but for all relationships.

He summarizes his efforts this way.

1.  It’s better to be genuine to others. He tries to listen carefully to his own responses and avoid presenting a façade of one attitude while actually holding another.

2. He seeks to accept the one he is in relationship with. The more he can like and accept someone the better their connection.

3. Seeking to understand the other is the next step. I typically say that people make sense to themselves. Figuring out as much as possible about this can be helpful.

I am finding reading Rogers helpful and interesting. More later, since Eileen and I are heading for the beach again today! Woo hoo!