what a difference quality sound makes

I have spent my life enjoying music largely for the way it works together not primarily for the beauty of the sounds. This has worked out well for me because as an organist and pianist often I have to play pretty crappy instruments. Many other musicians would probably turn up their nose at many if not most of the keyboard instruments I have had to perform on.

But after having spent several hours alone with Martin Pasi’s Gedackt and Viola pipes I am moving into another level of awareness of the beauty of organ sound. It is connected to the action as well. Playing these ranks on mechanical action quickly begins to feel more like singing than anything else. It’s an odd but extremely pleasant sensation. Of course it pulls me deeper into the music and the sounds themselves. How nice this is.

Here’s a link to a video of Rev Jen introducing Martin Pasi at the announcements yesterday (4:21 or so). Martin quickly gives a little talk. Later in the video (10:52) you can listen to the first sounds of the organ in the service accompanying Dvořák’s “God is my shepherd.”

Before this moment in the service, I only used piano. After this, I used the organ for the Holy holy, the Fraction Anthem, and the first Communion hymn. So now we have our feet wet as a community.

My Dvořák piano pieces were not stellar. I stumbled a couple of times. I do wonder if the flaws somehow contribute to the performance. I know I try to quickly get past them as I am playing. I also know there were some pretty musical moments in both the prelude and postlude. However, they might have gone better had I not spent time playing the organ for the sheer delight of it  before the choir arrived. Oh well. It was so much fun to play the organ that I’m not too disappointed in my performance of the Dvořák piano pieces which I learned in under a week. 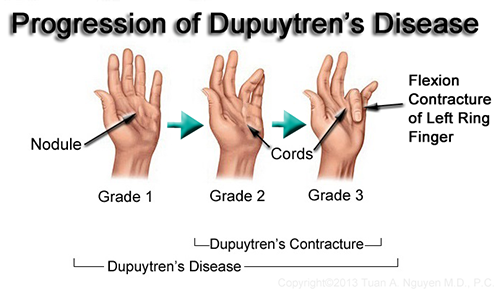 It’s official. I have Dupuytren’s Contracture (pronounced something like doo puh trens). I met with Dr. Richard Howell, orthopedic surgeon who specializes in hands, this morning. He said I have a classic case. He also recommend not intervening in any way at this time. He described for me the many treatments including operations. Since I am not exactly experiencing radical changes that inhibit my playing, he wanted to wait until doing something would provide significant relief since there is the risk he could make it worse. I see him again in January 2018 unless I have had no change in my hands in which case he said to cancel the appointment.

How music influenced the art of Marc Chagall – CBS News

I’m way behind on sharing links on the blog. I thought it was odd that this article mentioned “Firebird” but never says it was composed by Stravinsky. So much the influence of music, eh?

This artist should know.

We are living through a time of evolving fascism.

I continue to follow this story. Some good news.

Now I understand why little minds were so upset at this woman making public statements. I think she’s inspiring.

Sullivan: Why the Reactionary Right Must Be Taken Seriously

Some insight from a conservative intellectual.