Since I have been sitting at the piano and practicing between classes on Mon and Wed, I spend 3.5 hours on the bench on these days. That’s what happened yesterday.

During that hour, I played through all of Bach’s 3 part inventions (sinfonias) and several of Joplin’s piano rags and marches. 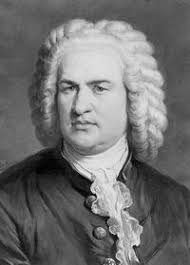 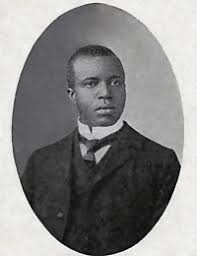 I have been systematically playing through a book of Joplin’s rags that I own in order to better understand the piano rags of the living composer, William Bolcom.

I find Joplin very elegant. I read through the Groves entry on him yesterday. Bolcom is much harder. He writes in difficult keys, creates intricate harmonies, in short he calls on much more keyboard technique.

I can’t help but wonder if this might have been partly in response to the pressure of other U of M music department profs. Bolcom writes in a style that acknowledges the importance of popular music. Music departments in major universities have long held back their approval of entering popular music styles into their accepted canon (although this seems to be changing).

Bolcom may have felt compelled to demonstrate his compositional prowess by making his piano (and organ) music a bit more difficult than it needed to be. Or maybe he’s just a very fine keyboard player and composer who thinks in difficult ways.

At any rate, Joplin is simpler and more elegant in my opinion. But I am intrigued by and happy that Bolcom writes such nice music that nods to the historical American popular styles.

I have been contemplating submitting some of my work to publishers again. I do believe in my work but have found very little encouragement from publishers over the years. I knew the man who founded the church music publishing company, Morningstar. His name was Rod Schrank and he went from an important position at the prestigious church music publisher, Concordia, to starting a little publishing company of his own.

He was very critical of my work and labored in a very Lutheran way to get me to write more conventionally. I didn’t find writing in that style very difficult, just not terribly attractive and definitely not my own compositional voice.

Anyway, Schrank has retired and my connections in the music world grow more and more meager. I also knew the executive editor of GIA for many years. He is also retired. GIA rejected every manuscript I ever sent them.

But I am thinking that the market might be coming closer to accepting my own style of writing for church.

I don’t see my church music as particularly important in my work. But I don’t really think about my work in that way. I persist in writing music in sort of a local on-the-ground way, visualizing the actual musicians who will help me perform it.

It was bit serendipitous that yesterday I received a royalty statement from Morningstar.

I have sold one copy of each of two of my three compositions they have published. Net royalties are $.19 ($.13 for  one and $.06 for the other). There was also a polite unsigned notice with the statement that since the dollar amount of my royalties is under $10 (!!) they will carry forward the amount they owe me.

Ah the life of a composer.

Was King Hammurabi a Commie? by Charles Simic | NYRblog | The New York Review of Books

Bitter little article about the lessons of history by Simic. Reminded me of the linked Getrude Stein poem.

Day of the 40,000 Dead by Alma Guillermoprieto | NYRblog | The New York Review of Books

Interesting glimpse of life in Mexico.

“[I]f you still think of solar power as some kind of hippie fantasy, blame our fossilized political system, in which fossil fuel producers have both powerful political allies and a powerful propaganda machine that denigrates alternatives.”

Sooprise, sooprise. The Pakistani government was involved in this political assassination.

I continue to peruse obits.