I decided to play two pieces by Brahms for Holy Week yesterday: Ah Holy Jesus for the postlude on Palm Sunday and O Sacred Head (the shorter of the two he wrote) for the prelude on Good Friday. That wraps up organ music decisions through Easter.

I have been entertaining (re)learning Messiaen’s “Le Verbe” (The Word) No. 4 of his nine meditations on the Nativity. This tone poem about the mystical relationship between Christ the Word and the Creator God quotes the Pentecost hymn, Veni Creator so it would be a great prelude on Pentecost.

The problem is that I will be in England the two weeks before and unable to practice organ.

So I need to convince myself I can get off a plane the week before and still manage to perform it well. 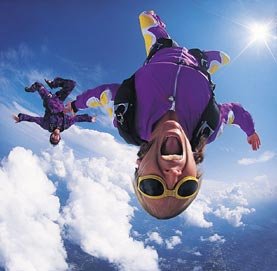 We’ll see. I have been going over my school score of this piece and remember being able to play it well before. Maybe it won’t be so hard.

On the home front, I was scrambling yesterday to get my parents re-application in the hands of my lawyer who will walk it over to the DHS.  This has entailed numerous phone calls and searches for material to ensure that our case worker at DHS will have everything she needs to make a determination about whether Dad can go on medicaid.

My parents situation in the meantime is radically changing. Dad fell several times this past week so he is now in a wheelchair. His faculties are seeping rapidly  away.  I get over to visit once a week and the change is drastic each time in his ability to recognize what is happening in his surroundings. Very sad.

Yesterday was also a banner day for my Mom’s situation. The psych ward case worker emailed me they were thinking of releasing Mom on Thursday. I immediately called him and discussed the next step in her life. I am convinced it would be easiest and most appropriate to drive her from Pine Rest to her new home at Maplewood Assisted/Independent living facility. I have decided that I must relinquish primary care taking for Mary at this point. She needs more care than I am willing to give. At Maplewood, her meds will be administered by nurses and her depression and withdrawal and general behavior will be under the watchful eye of a psych nurse. 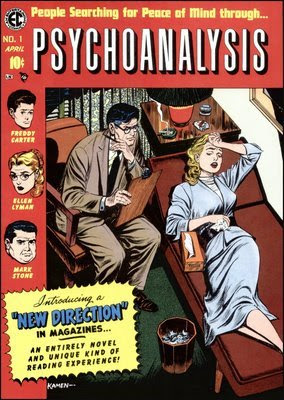 Making all of this happen is another enourmous complicated task for Steve. Yesterday I not only spoke with her case worker, I spoke with numerous people in the Resthaven organization including the evaluation nurse. The latter will drive over to Pine Rest on Friday and due a written assessment of Mary’s abilities and needs. Then she will recommend whether Mom begins in independent living at Maplewood or supportive care. The independent living is really a room on the first floor of the facility where Mom can sleep and stay. Her meals will be in common with the other people at the facility and she will still closely observed and supported.

It was also necessary to expedite the technical aspects of this move: chest xray, requests for referrals, paperwork from her doctor.  I did all this yesterday.

If all goes as planned I will drive Mom from the facility in Grand Rapids right to Maplewood on Monday.

Despite all this stuff, I managed to meet with a conductor and rehearse yesterday, as well as make fancy squash soup (again) and ridiculously easy cheese bread (that’s the actual name of the recipe and it is correctly described, heh).

I bought a small food processor recently because the one I have been using leaks. So I got to use that yesterday. Eileen has not gotten up the courage to taste this soup yet but I think it rocks. Oh yeah, I made her meatloaf so the carnivore is coverd.

I also went over to the local Aquatic center and tried out exercise machines. I think I like the treadmill the best. I did 4 minutes on two ellipitical machines. Whew! Too much for an old fat man like me. Then 32 minutes (with the cool-down or whatever you call it) on a big fancy treadmill. I like the Aquatic center much better than the Evergreen Senior center. Both places have a gymn. Both cost about the same (actually the Municipal Aquatic center is a bit cheaper becaue you don’t have to join and then also pay per use as you do at the Everygreen Center).

I have decided that the Evergreen Senior Center is very like a Christian High School Activity Center for old white republicans who aren’t that interested in books or a wide variety of music and ideas.

So they have dozens of boring activities and the people are friendly but (forgive me) seem to be kind of superficial and dumb.

This does not include the social services people there who have been immensely helpful to me throughout dealing with my parents in the last few years.

As you can see, burnout and stress doesn’t stop me from babbling.

And practicing. And cooking.

I have a full day of church stuff today.

Doesn’t it just figure that my Mom had a crisis smack dab in between my strenuous week of high musical performances and Holy Week? My guru Friedman would observe that systems shift and fight back during these kinds of times. Boy is he right.