Reading in “Listening to Music or How I Learned to Stop Worrying and Love Led Zeppelin” by Theodore Gracyk.

I am reminded of my flirtation with aesthetics and philosophy a decade or so ago. I have sworn off this kind of thing for the most part. But I am still interested in the conversation around the music that interests me. So I’m still giving this book a chance before I stop reading it.

I came across an interesting passage in it recently. First Gracyk mentions John Prine’s song, “Angel from Montgomery,” in which the lyrics speak from the point of view of an old woman. He uses it as an example of how songs work. That is they do not need to be written from the point of view of personal expression or experience.  Then Gracyk quotes David Cantwell about singing:

“Insistence upon a singer’s ‘authenticity’ is commonplace today, but it misunderstands how art works. It especially underestimates the art of the singer. Art is artifiicial, it’s human-made, and even art that is what we call realistic is capturing not what is real but an illusion of the real …. When we demand authenticity of what is essentially inauthentic, we disrespect the singer’s art.” David Cantwell, “Sammi Smith: The Art of Inauthenticity” Oxford American 50 (summer 2005) 114

I have a strong intuitive and rationale objection to the use of solo material in liturgy. I except the use of cantor. I have said that the singer culturally is one who assumes the spotlight to tell a story. I think this is as true of Paul Simon as it is of Schubert lieder. I happen to love both of these writers, but I still try to limit liturgical music to congregational and choral for the most part. Cantwell and Gracyk seem to be talking about something else about the nature of the solo song. 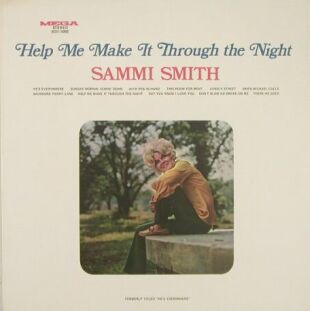 I love the idea that Cantwell is writing in the magazine, “Oxford American,” about Sammi Smith (whom I do not recognize but am instantly a bit curious about.)

Anyway, the idea that solo music creates illusion and is maybe at its most effective when it springs from craft, art and inspiration rather than just personal feelings and experience seems to reinforce my predilection to minimize the use of the solo voice in the area of “the public work of the people” (i.e. liturgy).

Pages later Gracyk delightfully uses The Big Lebowski (!) to illustrate a point about aesthetics, namely that the idea of aesthetic judgement includes not only art but humor and even carpets. (Believe it or not, Kant the philosopher mentions carpets as just such an example:

“Why, Lebowski is asked several times, is he making such a fuss about a rug? Because, he patiently explains, ‘it really ties the room together.’

In the context of the movie, this line is hilarious. It is not funny that a rug should tie a room together. What’s funny is that we don’t expect this character … to have an aesthetic sensibility.

This example illustrates an important point, and it does so in two distinct ways. First, the line is not instrinsically funny, The line is made funny by the particular situation. Second it remindsx us that ruges really do ‘tie’ rooms together.”

I love it that Gracyk uses Lebowski to make the point that sometimes art is not instrinically valuable in it of itself, but needs context.

I picked up “The Army of the Republic” by Stuart Archer Cohen last night. I am about half way through this indulgence read. It’s a pretty thinly disguised tract on how screwed up our country is right now. The characters seem thinly drawn. But I came across a scary passage that seemed to be illustrating ideas from another book I read recently, “Mostly True” by Farhad Manjoo.

In Cohen’s novel, the bad guy hires a PR corporation to help his company deal with bad publicity. The corporation is a below the radar group that manipulates public opinion in ways that are far from ethical. I think it’s a fictionalized portrait of a real-life company called DCI.

Manjoo describes this influential lobbying and public relations firm as one that deliberately stays hidden from public scrutiny. It’s made up of Thomas Synhorst, who worked for years as an aide to Republican senators Charles Grassley and Bob Dole, was a part-time field coordinator for R. J. Reynolds Tobacco company and was responsibile for conducting the company’s smokers’ rights operations in the Midwest (which Manjoo described earlier in detail) Douglas Goodyear a former exec at Walt Klein and Associates, a PR and marketing company in Denver that worked closely with RJR on many projects and Timothy Hyde an RJR in-house public affairs chief in volved in virtually all its campaigns including the infamous GGOOB project (Get Government Off Our Backs…. in which RJR kept its involement secret as possible.

Manjoo cites some other DCIs projects.

Microsoft hired them in the late 90s when the government was trying to break it up over antitrust charges…. helped MS found at least one pro-MS industry group, Americans for Technology Leadership, these efforts have not been documented due to DCI’s low profile. But an ATLs executive director was also an employ of DCI.

Manjoo devotes pages to other activities of this group including a YouTube response to Gore’s an Inconvenient truth purportedly by  someone going by the handle “toutsmith.” “Toutsmith”‘s email came from a computer at DCI.

Google has hired DCI at points.

You get the picture.

If you’re still reading, here are a couple of bracing quotes from “The Army of the Republic” that I like:

“Voting in this country is like going to the theater to watch the worst actors in the world, and then applauding them like they’re fucking De Niro!” p. 189

This is about a guy from the DCI clone:

“Now he went into a critique of our previous efforts, pointing to charts he’d had made of our expenditures and the media we’d used. Our cummunications had been print-heavy and too filled with facts and figures. ‘That’s all thinker stuff. You want to influence thinkers? Fund some studies. Form an industry think tank and have hem issue press releases. That sort of presence helps create a reality among thinkers, and we’ll do that. But be clear: Our real job is not to make people think. It’s to help the broad majority of the general public feel that your company is a positive part of their community. When we rebrand Water Solutions as a fair and reliable caretaker4 of water supplies, your opponents will come to be seen as the goofy fringe elements that they are. And at that point, people will stop opposing you and move on.’ “