This will be a short post this morning, since I have used most of the morning to prepare parts for this evening’s rehearsal of GELO (Grace Episcopal Liturgical Orchestra, formerly known as Grace Electric Light Orchestra).

Three parishioners responded to my invitation to play their instrument this Sunday: the cellist from my piano trio, the bass guitar player and a flutist. The flutist was encouraged to do so by another choir member. I try not to pressure people. I just invite. Hence, in this time of low volunteerism and disdain for commitment, my usual low numbers.

I am, however, happier to work with people who actually want to be there.

So, yesterday, I wrote a little piece for these people based on the opening hymn, “For All the Saints.”

SINE NOMINE is the name of the melody of the hymn.

I emailed off the parts and then discovered a couple errors. I also decided to improve it a little. I corrected the scores this morning and will hand out the new parts this evening.

This afternoon I have a gig with my piano trio. We are playing for the Zeeland Women’s Literary club. It’s sort of a paying gig. Originally the cellist booked us at $50 (!). But the group upped it to $75, so we are each of us getting $25. I did agree to do this, but it is a bit discouraging that people think my work as a musician is worth so little of their money. Sigh.

We are playing a Gershwin piano prelude arranged for piano trio. It’s quite nice. And a Haydn piano trio movement.

Yesterday, I got in a bit of a cooking mood and made marinara sauce and used it in a shell pasta recipe. Served it with Bruschetta. All of these recipes were lo-fat and lo-cal. And excellent to the taste. We had Halloween Candy for dessert (Not lo-cal). Lots of trick-or-treaters at the door last night.

Bill Keller writes about what American protests look like from India where their government is even more paralyzed and inert.

According to this editorial, Americans are warming up to the idea of tax increases.

Coltrane’s old bass player reconstructs Africa live. I quite like this music. I own the vinyl.

This article made me want to back and listen to all of Bartok’s piano concertos again. I do like Bartok. 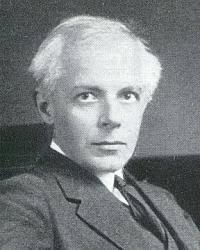