This evening is another meeting of the newly formed Grace Episcopal Light Orchestra. It portends to be more the Grace Electric Light Orchestra because I have three players who have said they are going to bring their amplifiers. Anyway, this post will have to be a bit short because I need to spend time working on arrangements for this group to play Sunday.

I had a tiny victory moment at dance class yesterday.

The chair of department once again substituted for my scheduled teacher. She has done this once previously and I found her very different from other teachers I have worked with. Mostly she asked for specific music not just music improvised in a certain style. I told her at the time that I would be happy to play certain music for her if I had advanced notice because I couldn’t call up from memory “The William Tell Overture” 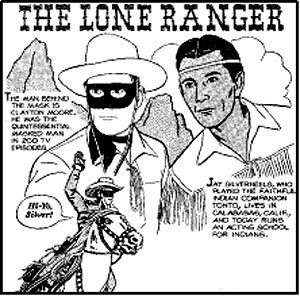 or “Stars and Stripes Forever” (both ones she requested).

She was very understanding.

After our first time of working together, I came home and assembled a book with a few of the pieces she requested in it. I have been carrying it with me ever since.

So yesterday when she popped up as the sub teacher, I was ready with the above named tunes. She seemed pleased.

Actually all the teachers I have worked with seem pleased with my abilities as a ballet dance accompanist.

But still it was fun to be able to demonstrate that I actually listened to her request and acted on it.

I have been reading in Benjamin Franklin’s writings. One section was a journal he kept while sailing from London to Philadelphia. In the following entry he writes about an eclipse. I picture him sitting on a ship lit by moonlight that fades during the eclipse.

Friday, Sept. 30. [1726] — I sat up last night to observe an eclipse of the moon, which the calendar, calculated for London, informed us would happen at five o’clock in the morning, Sept. 30. It began with us about eleven last night, and continued till near two this morning, darkening her body about six digits, or one half; the middle of it being about half an hour after twelve, by which we may discover that we are in a meridian of about four hours and half fro London, or 67 1/2 degrees of Longitude, and consequently have not much above one hundred leagues to run.

An earlier entry from this same journal caught my eye. It seems to be Benjamin Franklin’s take on performance anxiety.

[from the Friday, July 29th entry]… All this afternoon I spent agreeably enough at the draft-board. It is a game I much delight in; but it requires a clear head, and undisturbed; and the persons playing, if they would play well, out not much to regard the consequence of the game, for that diverts and withdraws the attention of the mind from the game itself, and makes the player liable to make many false open moves; and I will venture to lat it down for an infallible rule, that, if two persons equal in judgment play for a considerable sum, he that loves money most shall lose; his anxiety for the success of the game confounds him.

I love that section: “He that loves money most shall lose; his anxiety for the success of the game confounds him.”  The Inner Game of Draughts by Benjamin Franklin. [Note: I think Draughts is Checkers] 0 thoughts on “anxiety for the success of the game”