Yesterday I had some time to myself while Elizabeth and Eileen were in Whitehall.  At one point I messed with some of my Dad’s old slides. Elizabeth had pointed out that it would be cool if we could find a slide of my Mom and Dad in Paris so that Emily my niece could at least see them as she heads off to join her husband Jeremy who has been in France for a while plugging French versions of his graphic novel. 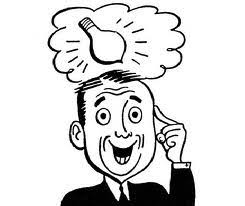 After a bit of looking earlier in the week I did find this picture of Mom and Dad in Paris in 1958.

Since Emily is leaving in a few days, I wanted to somehow get the slide into a jpeg format. I went to Walgreens and found out that the store in Holland didn’t do this but the store on the north side would overnight it for me to do it.

I found a $99 contraption at Meijers that purported to turn slides into jpegs, but wasn’t ready to risk the bucks on it. I thought of Kinkos and looked online to see if I could expect to walk in the door and do this task. It wasn’t clear to me if that was possible.

Finally I broke down and started taking pictures with my phone of slides on a viewer. That’s what these are.

I’m probably five or six in the picture above. The man is Benjamin Jenkins, my Father’s father. The picture has a sliver of my Grandmother on the left.

Mark was one and I was eight when my Mom and Dad took most of the summer and went to Europe. According to my Dad’s family memoirs they visited Canada, England, France, Belgium, Germany, Austria, Italy, Greece, Egypt, Jordan, Israel, Syria and Lebanon.

Anyway that’s all I have time for this morning. Gotta skate. More later.

1. You Must Enter Singing

A blog I ran across recently that is “a forum dedicated to the engaging of ideas at the intersection of the arts and the Christian faith with particular attention to music.” It seems a bit conservative but educated.

2. A Bad Death in Oklahoma : The New Yorker

Back when I subscribed to the hard copy of the New Yorker I looked forward to reading this guy’s articles.