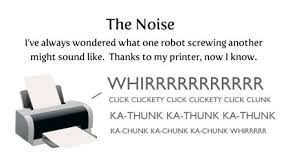 In a tiresomely predictably way, the printer failed last night just when Eileen needed to print up her resume and application. It seems to have breathed its last. I will need to replace it within the next few days as we (I) do use it quite a bit. I would like to find an economic version of a wireless printer so that I could print from any computer in the house. But we’ll see.

I spent a good deal of time on the organ bench yesterday. I was playing through Bach’s Clavier-Übung III.  In the spirit of his time when their was a propensity for encyclopedic definitive statements Bach published several volumes of music. I see them as sort of a conscious summing up of what he had to say as a composer.

Since my meager keyboard technique continues to, thankfully, improve, often when I return to a work I find myself better able to realize it in my playing. This was very true yesterday as I played through the first thirteen settings in this fascinating work.

Bach followed Luther’s revisioned Lutheran Mass and Catechism with organ settings of the chorales Luther chose for the Kyrie, Gloria, Our Father and so on. 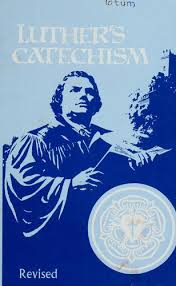 I made it all the way through the Mass parts and stopped with the odd setting of The Lord’s Prayer yesterday. All of these chorale settings are sandwiched in between the great Eb Prelude and St. Anne Fugue.

It’s a great way to spend a day.

I play these pieces more slowly than I would for performance since I am reading and rehearsing them. I often find that my final tempos for many pieces are slower than recordings I hear. Some of this may be attributed to my own lack of virtuosity. I am pretty good player, but I’m not a really a virtuoso. 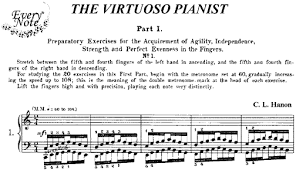 I have spent my life doing a lot of public performing at church and other forums. This means not only choosing material I can realize but also choosing how much time I take to prepare a piece.

When in school, musicians often work on repertoire for a very long time. This enables playing at a higher level of technique. I have been moving back toward this kind of preparation for some pieces. So some pieces I perform are rather difficult.

But even in school I had a predilection for a bit slower tempos. I guess the stereotype is that composers tend to play a bit slower so they can hear the music a bit more clearly. This could easily be a rationalization on my part.

“in 1909, the Italian writer and artist Filippo Marinetti declared in his Futurist Manifesto, that ‘the world’s magnificence has been enriched by a new beauty: the beauty of speed.’ On an afternoon two years later, a sixteen-frames-a-second movie of the investiture of the Prince of Wales was developed in a darkroom on  a British express train and taken to London, where it was shown the same night. Translated into military strategy by the overarmed Great Powers, as the historian A.J.P. Taylor liked to note, the imperatives of railway timetables drove the logistics of pre-emptive mobilisation. A pause to ponder was already defeat. So modernity bolted out of the starting gate in 1914: Archduke shot, millions of men in grey and khaki precipitately herded into railway carriages, carnage begun right on cue—before the Flemish mire slowed everything down and millions plodded to their doom.” from the essay, “Sail Away: Six Days to New York on the Queen Mary 2” by Simon Schama

My revered teacher at WSU, Ray Ferguson, used to note that when we performed music from the 17th century, people’s notion of speed (tempo?) was much different. The fastest thing they usually experienced was moving on horseback. Ray asked the question how did this affect tempo. 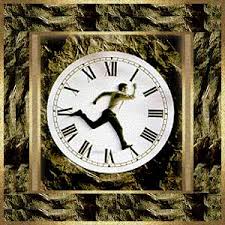 Quantz the famous flute player and composer from the 18th century talked about tempos in terms of his heartbeat. Unfortunately there is speculation that due to a rich diet, his heart was beating a bit quicker than many modern hearts thus coloring his tempos a bit faster than he intended.

Finally, in the world of musical interpretation decisions, it is the convincing nature of the performance that is critical. Whatever tempo or medium one chooses, music asks that one give it a total and complete endorsement with your performance.