On our way to the lake yesterday, the Subaru started acting funny. I noticed a couple of idiot lights were on: the brake light and the battery. Before long two other idiot lights came on. By the time we had turned around to drive home, the car began sputtering and we rolled to a stop.

I called the shop where we have our car worked on. They said it sounded like the alternator and that I could have the car towed to the shop. Which is what we did.

The tow truck guy was very friendly and cheerful. He dropped us off at the house. Later when I went over to the auto shop to get some stuff out of the Subaru they said they weren’t sure when they could get to it. It looks like we’ll be taking the Mini to visit Mark and Leigh.

I’m afraid this knocked the wind out of my sails for the day and we didn’t go out to eat, which was our original plan.

We did watch the New York Times in depth report on the January 6th insurrection.  How disheartening. The NYT report is the most thorough examination of this incident that I have seen. 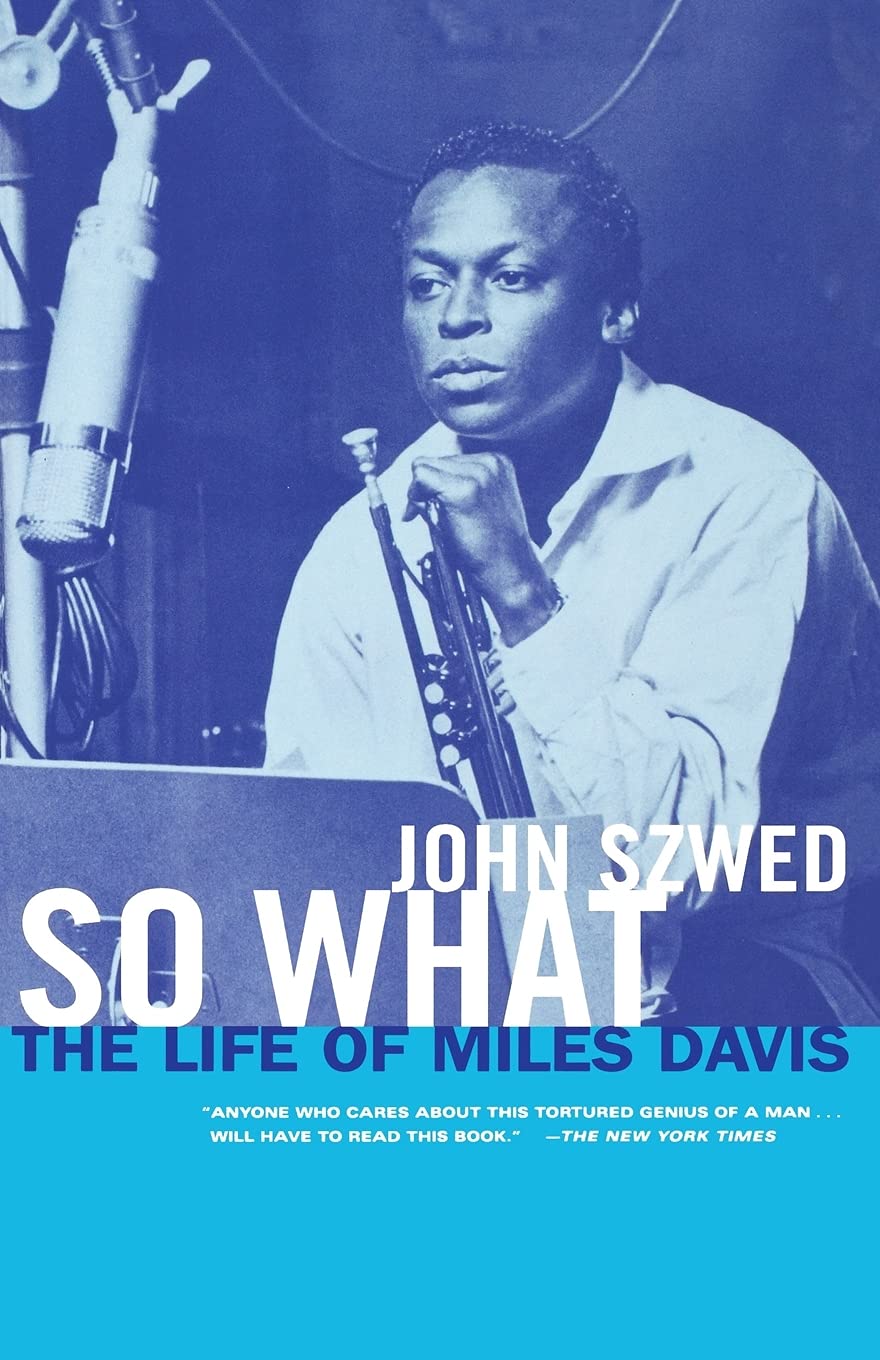 I have been reading in John Szwed’s bio of Miles Davis, So What: The Life of Miles Davis. I have gotten to the point in the chronology where Miles Davis is recording two albums that I bought around the time they were released. 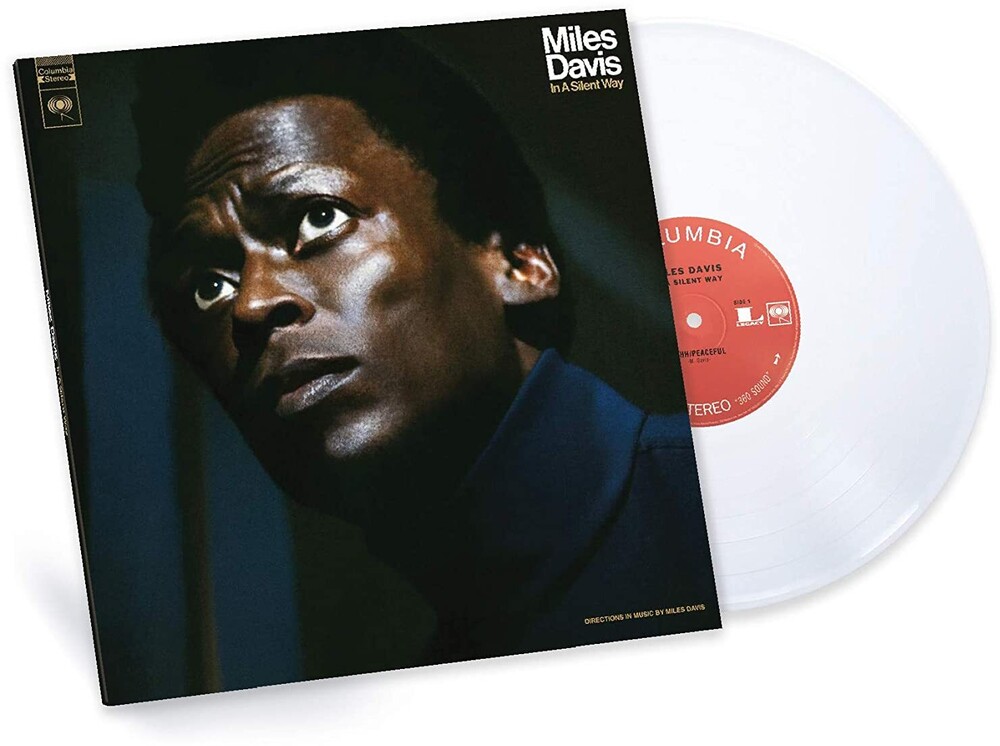 In A Silent Way and

I suspect that I bought “In a Silent Way” once again attracted to the cover. I distinctly remember listening to this album in the basement where I lived for my senior year of high school in Flint, Michigan. Since it was released in the summer of 1969, the year I graduated, it is very likely that I bought it new at K Mart where I did most of my recording buying.

Miles Davis was apparently upsetting much of the Jazz world with these innovations. But for me this is where I started with him.

Szwed does a good job picking apart the process of the creation of these two records, especially Bitches Brew.

The most important take away for me is how these albums represent hours of studio improv. I love it that Davis was an early adaptor of tech by splicing parts of recordings together and at the same time captured the spontaneity of live performance.

Chick Corea thought that Bitches Brew was a slower, more conservative version of what they were doing live in clubs. 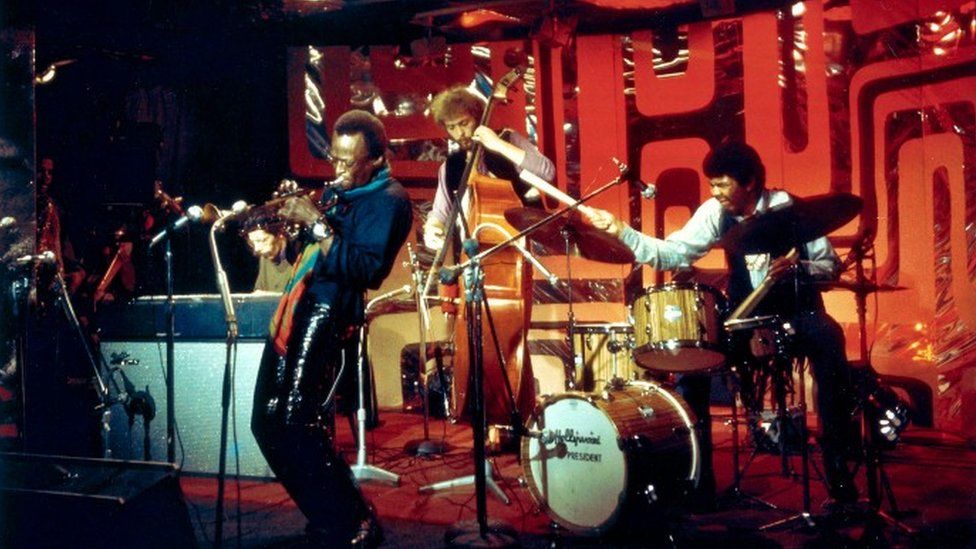 The more I read Szwed, the better I think I understand Miles Davis. I think he was probably a genius. Here a couple of quotes from Szwed.

Miles was once asked if the time in which he did Bitches Brew was one of most creative periods. It was their creative period, was his response—Joe Zawinul’s, his musicians’. All he did, he said, was to make it possible for them to play together. It was also a creative period for other bands, some of which were normally thought of as merely playing pop music. Between 1969 and 1971, James Brown had one of the most experimental bands in the country, as did Frank Zappa, whose rhythms had gone far beyond rock, and it was the rare younger musician who did not pay close attention to what all three groups were doing.” 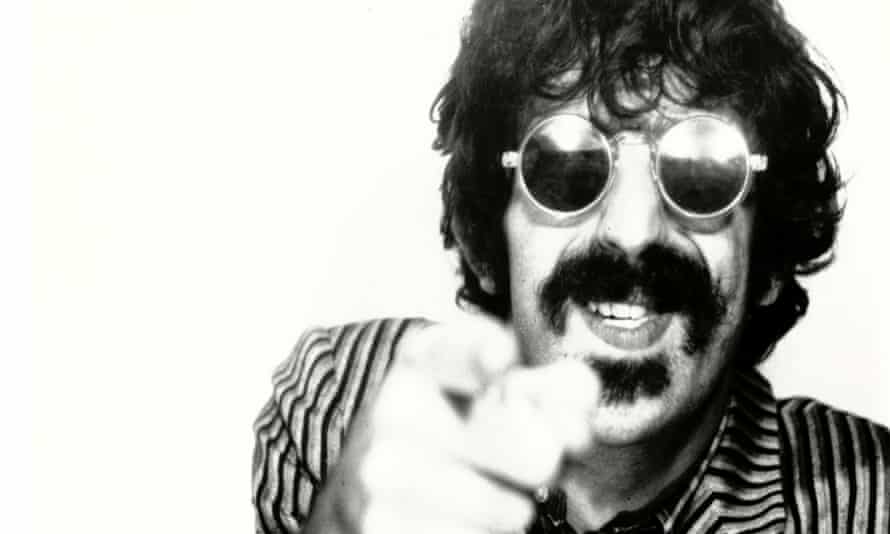 These three musicians, Miles Davis, James Brown, and Frank Zappa, were and are very important to my own aesthetic which was formed around the time of Bitches Brew.

Miles said that  he had been writing some simple things, just  one chord and maybe a rest, then another chord, just some skeletons of compositions, and when he began to discuss them with the  musicians he wanted to use, he told them they could do anything  they wanted to do with the  music, but he had to hear that chord.  As simple as it was, when even the three electric keyboards played it, he noticed it sounded different every time, and different everywhere. It was different in New Jersey, say than it was in Hew York. It was nothing you could just write out for an orchestra and get them to play it, he said. When you improvise and the weather changes, it changes your attitude, and your attitude becomes the music. (emphasis added)

I think the three keyboard players he is referring to are  Joe Zawinul, Larry Young, and Chick Corea. Apparently Zawinul had many of the original musical ideas for these two albums. I think I need to find out more.