I emailed my adult kids and Eileen the full version of yesterday’s blog (with words and pics) after Sarah said she’d like to hear the whining. I believe that covers many of my regular readers. But if you happen to be perversely interested here’s a link to it.

I dither about what’s appropriate to write here and also what is boringly redundant (nothing new, Jupe’s bitching about stupidity, ignorance and provincialism…. ahem).

This morning after reading a couple of poems by Auden, I turned to my only book by him, Beowolf: A new verse translation.

I read part of the essay “About the Translation” and enjoyed it. I will probably seek out a bit more of him to read. It’s how I learn: via obits. People die and I notice them and get curious. 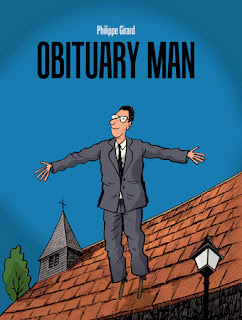 I had the entire day free yesterday to devote to my various impending tasks. I started with the most onerous and balanced our checkbook and paid bills. We have been racking up a sizable debt with this dang renovation. Time to pay it down.

Then I chose hymns.

Manged to get through Lent 2014 yesterday (through April 6, 2014). I would dearly love to get hymns chosen for the entire choir season (Through Pentecost 2014, June 8, 2014) but I am beginning to feel the choral season breathing down my neck.

I sketched in anthems for the rest of this year, but have not finalized any. I am thinking of drawing significantly on the choral library we own at Grace which is huge if dated.

I spent an hour on the string quartet transcription I am working on, then went to church and practiced organ for a couple of hours. For the sheer pleasure of it, I have added a daily rehearsing of a Bach trio and fugue to my daily practice. This makes it more fun for me. Yesterday I played all the way through the first trio in Eb and a couple of Bach fugues. This music inspires me and reminds me what  a privilege it is to spend time with this music and the mind that made it. 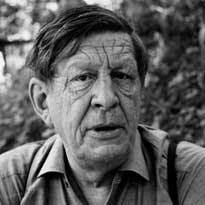 I was reminded of this this morning when I read these lines in Auden: “messengers who walked/ Into my life from books where they were staying,/ Those beautiful machines which never talked…. love was the word they never said aloud.” (From “The Prophets”)

Before going to practice I stopped off at the library to pick up a book and say hi to Eileen. He’s another of the literary family of Kings. Not sure I will actually get through this one, but am intending to try each author in the extended  Stephen King fam.

When I came home, I tried to rest but quickly became restless and fired up the Music Notation software once again and bore down on this silly arrangement. I have been transcribing (illegally, unethically) a fine little string quartet arrangement of a Iron and Wine/Postal Service tune that I was pointed to by the people who need a version of it for an upcoming wedding. I presume an arrangement cannot be purchased. This is almost always the case.

Anyway, I decided to omit many of the clever parts and just get a version of it done. Which is exactly what I did. Now I don’t have to worry about that any more.

This morning at church for the prelude I am going to play through the Gloria I have written for the congregation. I will play the melody through clearly, improvise for a bit, and then finish with the melody again and a bit of a flourish for an ending.

It is the vulnerability of these moments that draws  me into feeling that other musicians in the congregation may find my work a bit laughable.

I thought of the many academics in my life this morning (both present on Sunday mornings and tucked into my memory) when I was reading Seamus Heaney’s essay.

He is talking about language academics but I related to the idea of finding a “loophole” from the “partitioned” intellects. He was excited that his passion for the Irish language (which he was deprived of as a native language as a boy growing up in Ireland) had led him “into further language.”

“The place on the language map where the Usk and the uisce and the whiskey  coincided was definitely a place where the spirit might find a loophole, an escape route from what John Montague has called the “partitioned intellect,” away into some unpartitioned linguistic country, a region where one’s language would not be a simple badge of ethnicity or a matter of cultural preference or official imposition, but an entry into further language.”

Heaney is talking about his discovery that the English word, whiskey, not only came from the Irish word for water (uisce) but also was the source for the name of the British river, The Usk.

It is just this feeling of excitement and privilege and relief I have about being able to connect so many “further languages” of music despite the partitioned intellects I rub shoulders with both figuratively (from the past) and literally (here in jolly old Hollyland).