I had errands to run this morning and didn’t get to my daily blog yet.

I have been thinking about Van Doren’s ideas. He says that while Marx got his political forecasts wrong he still was a genius of sorts and foresaw much about how we live now.

Van Doren is writing in 1991 just a year after the Berlin wall came down. He sees that Communism is becoming a failed system.

But he also sees that Marx pointed out the transition from a non-monetary agricultural society to a society based on capital and money systems. People want the new things. Change is the constant in all our lives and its actually what we prefer.

Van Doren says that Marx was a modern man who could easily be alive in the early 90s he is writing from. Here’s a quote from Marx Van Doren cites:

“Constant revolutionizing of production, uninterrupted disturbance of all social relations, everlasting uncertainty and agitation, distinguish the bourgeois epoch from all earlier times. All fixed, fast-frozen relationships, with their train of venerable ideas and opinions, are swept away, all new-formed ones become obsolete before they can ossify. All that is solid melts into air, all that is holy is profaned, and men at last are forced to face with sober senses the real conditions of their lives….”

Marx died in 1883. This observations are startling in the way they predict the shifting story of our lives.

I also liked the way that Van Doren says that a few years before his writing Marx was a best-selling author surpassed only by Agatha Christie. He points out that despite this fact, Marx was largely unread, his works required to sit on the shelves of Communists throughout the world. 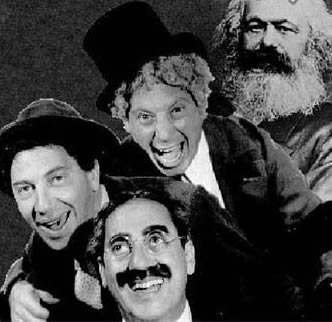 This observation rings true to me.

This is an excellent read. Queru’s use of the acronyms of his field are a little offputting, but I was able to pretty much follow his tracing of the complexity of computer and internet tech.

Thank you to Tony Wesley for posting this link on Facebookistan.

The South still lies about the Civil War – Salon.com

Haven’t read this yet. It makes me a bit crazy when northerners beat up on the south, but this looked like it had some interesting facts in it.

Plan That Would Spare Vital Programs Is Expected to Pass Senate – NYTimes.com

A little sense around implementing the sequester.

Remember this incident? The suspect didn’t wield the knife that cut off Pearl’s head but he did facilitate.