I was surprised to turn the page of the last poem in Volume I of WCW’s Collected Poems this morning. Surprised and not a little annoyed to find that there were many pages of notes in the back. I spent a good deal of time trying to check some of the poems I found difficult for supporting information. But my questions largely remained unanswered by the notes. I still don’t quite understand all of “Spring and All 1923” which mixes untitled poems with prose – “Chapters.” 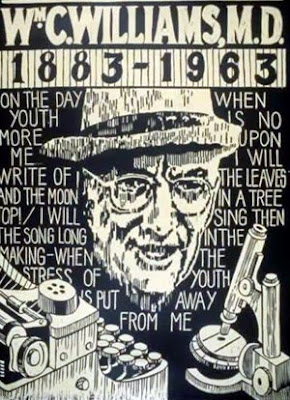 I then carefully read the preface to Volume II and read a few poems. I continue to find reading WCW’s poetry satisfying. Even the difficulties are kind of fun. Now, at least, I know to check the notes in the back. The second volume is edited by a different editor, Christopher MacGowan and seems to represent later scholarship.

Also finished the first essay, “Technology and the Management of Change from the Perspective a Culture Context,” in In Search of the Missing Elephant by Donald N. Michael this morning.

Originally written in 1973, Michael posits some pretty dispiriting but convincing observations in prose that sometimes bogs down a bit.

But he is endeavoring to articulate a beginning of understanding the complexities of a society that has progressed its way into an untenable present situation.

“We need to acknowledge that, somehow, we have discovered and are ensnared in a new wilderness, a new jungle, and that the skills that got us here are inadequate to get us out. Looking around us, we must acknowledge that we are really lost.”

Don N. Michael, “Technology and the Management of Change from the Perspective a Culture Context”

He is talking about the current lack of “adequate forms of governance, negotiation, mediation and constructive control.” Control of ourselves as a society. He points to three conditions that have created this situation:

1. “Dissent has always been constrained to expression and action within the rules of the game. Now dissent includes rejection of the rules.” This is painfully evident if one listens to a politician talk as we are being forced to do so this election year. But it’s also true in many other aspects of life. People will reject your basic premise and change the “frame” to fit their own point of view pretty quickly these days.

2. We have a “large population size” and “high frequency of repetitive events,” but “a small percent[age] of people or events now become socially perturbing.”

So we have terrorists and bankers, Occupy Wall Streeters and Tea Partiers. Michael charmingly dates himself by mentioning “hard hats and hippies.”

3. “complexity and interdependence” for which there are “no adequate forms of governance for comprehending, anticipating, and dealing with the scale, variety and speed of interactiveness of the men [sic] and events in society.”

[emphasis added in all 3 quotes] Michael is writing in 1973, pre-Internet. But his words accurately describe the speeding up of events and the inability of us, as a society, being able to predict, control or even understand what is happening to us. He concludes this first essay by saying recognizing ourselves as lost is a step toward the slim possibility of reshaping ourselves together. Hope, not optimism, as I mentioned in a different post. Even though this is on Cracked.com and annoyingly consists of two pages that can’t be viewed as a single page, this is worth checking out.